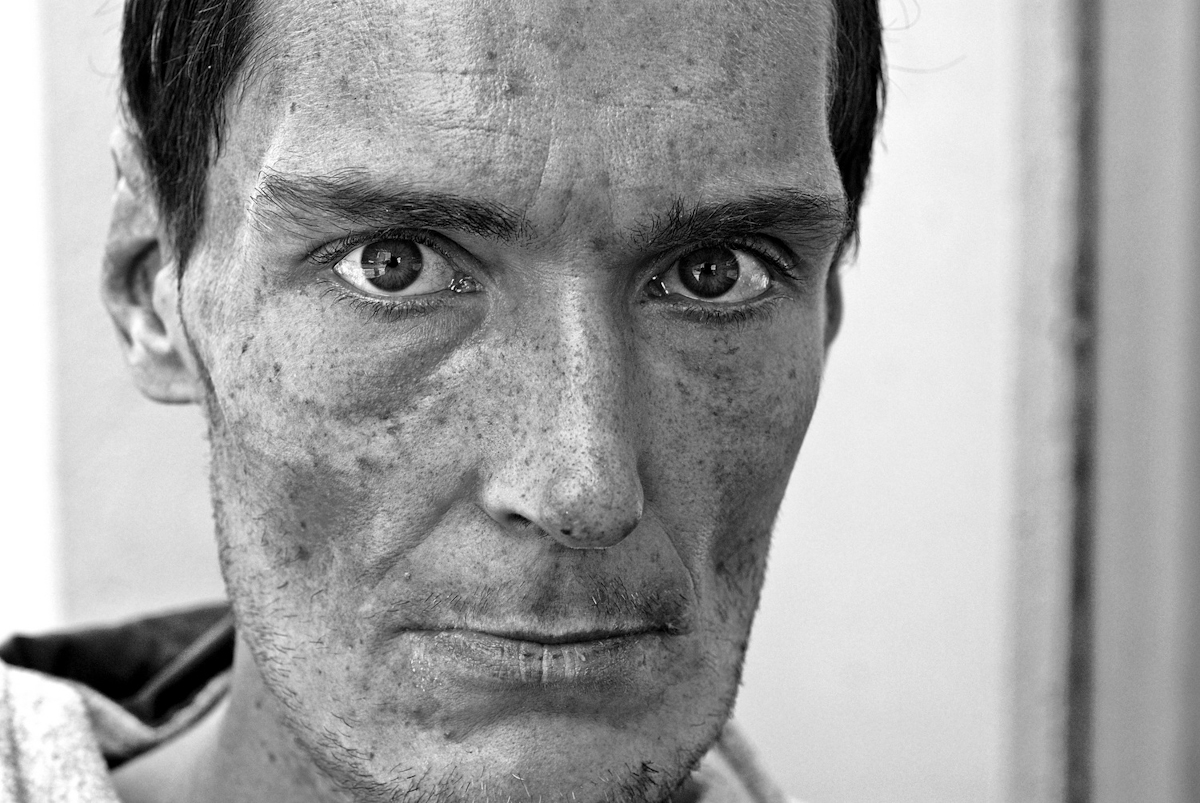 "hi, how are you?" he says excitedly. he thinks he knows me for a moment.

name's dan; from billings, montana. left when he was 15. been on the street since then.

talks to his parents sometimes on the phone. mostly to his mom. but she just died three months ago. talked to his dad then; and to his sister. she's born again. has two other sisters too; no one knows where they are.

he was supposed to be flown back for the funeral; but that didn't happen.

tells me how he came to san francisco ten years back: "me and this..." he stops and looks at me. "do you hate gays?" he asks.

"k. me and this gay guy; we broke out of an institution; jumped the fence and hopped a train. came to san francisco. we were friends for a long time."

"you're not still together?" i ask.

"he took pictures of me. naked pictures. i didn't like that."

"what were you in the institution for?" i ask.

"my parents put me there when i was 9. they lied; said i did things i didn't do."

"it was 'cause of my father. he molested me. he did very bad things to me."