statement: it wasn't me 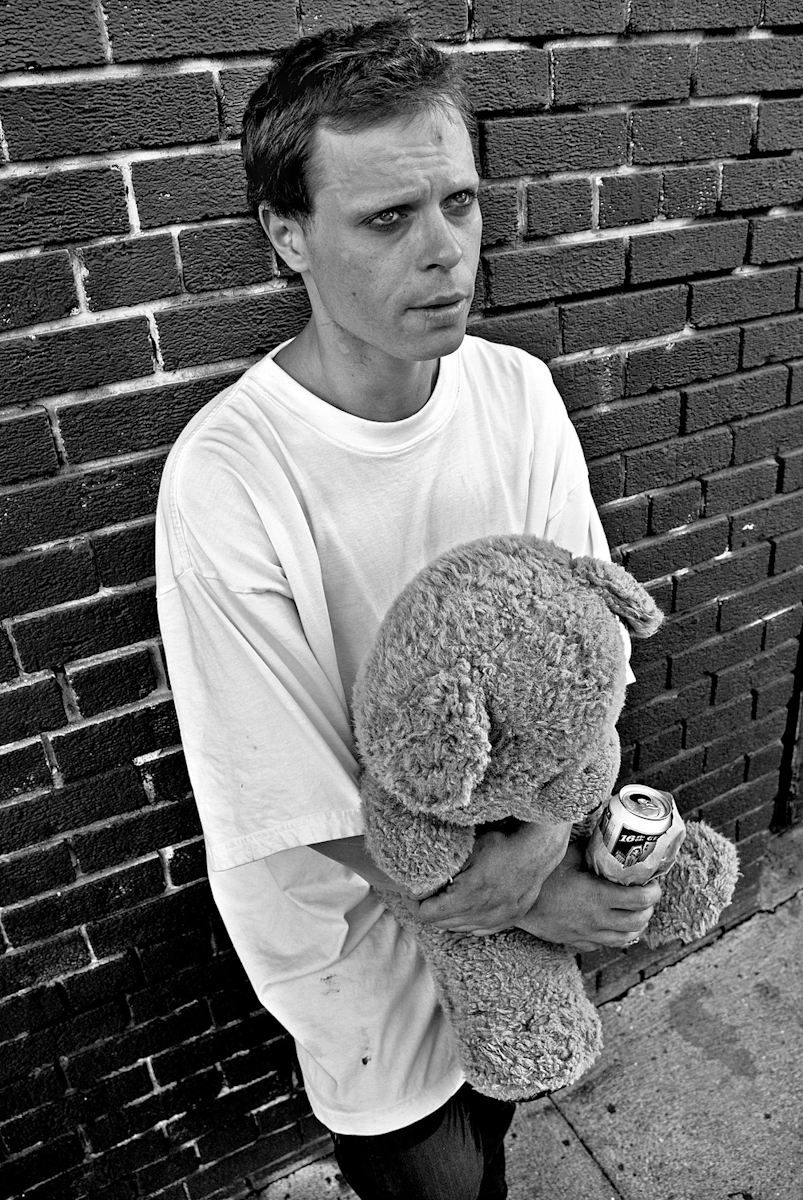 he's been working the intersection like a pin ball, or a yo-yo on a string. corner to corner; side to side. propelled or drawn, he rushes here and there, then waits.

i catch him in an alley with a friend and his bear. the friend is hunched behind a car and hovers away as i approach. the bear stays close.

name's wayland; from san mateo. been more than a year since i met him first.

he tells me of the places he's been and the places he likes. says he likes colorado best because people get along good there. he went there with his parents when he was about fifteen.

they took his picture with a baseball cap and his baseball glove raised to make a catch. he shows me how. says he was really close to his parents and he misses them.

they're dead now. his mom died in '97 from stomach cancer and his dad might as well have. his dad started shooting meth, got aids from a transvestite downtown and died soon after.

the transvestite was a friend of wayland's and he's pretty sure she's how his dad got infected. he's not totally sure though.

but he's sure it wasn't him.