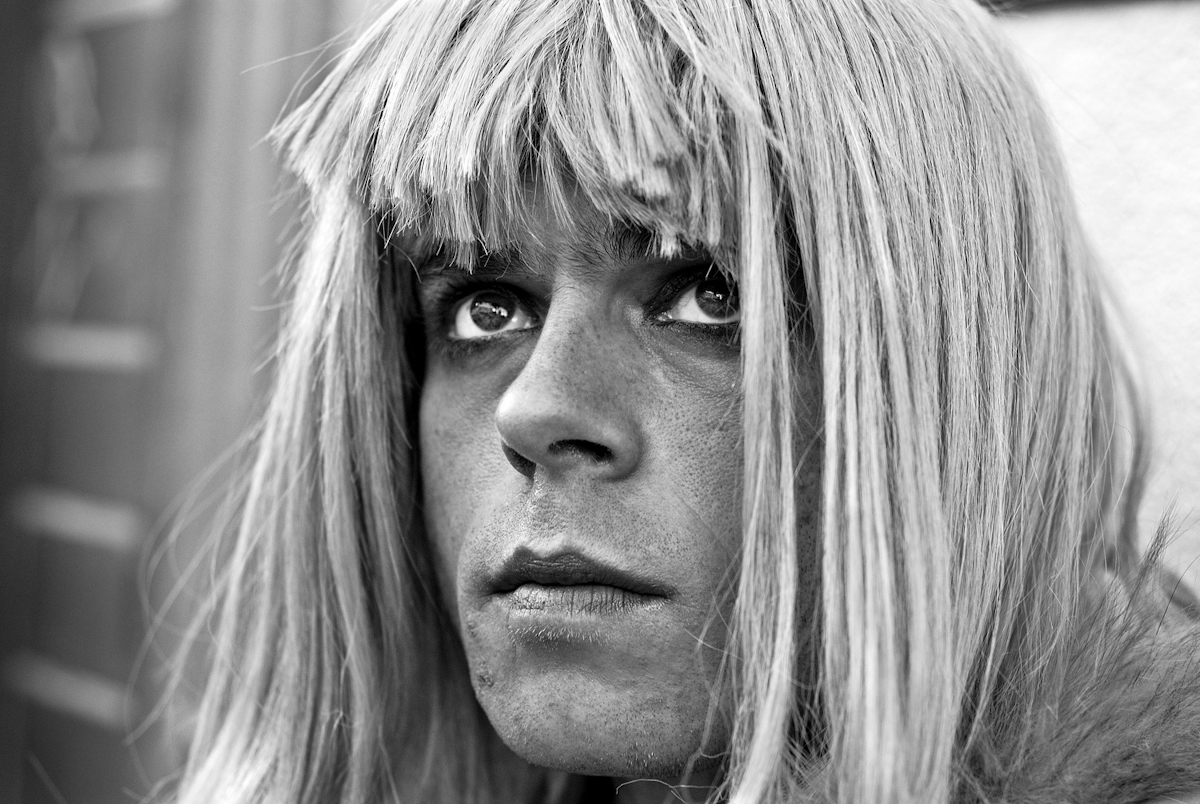 she sits in a way ladies aren't supposed to, beside a large teddy bear which doesn't seem to mind. they're layered in a sort of soot set by time. but there's a familiarity.

the people pass in huddled disbelief at what she shows. though it's not so much, it looks like more. their eyes and fingers point. there's shock as they go.

but first she "just" needs five bucks. for that "habit" she has. she's been panhandling.

there's a skin trade everywhere here. and she looks the part. with her pink lipstick and blond wig. with her bare coverings. with her indiscretion.

but she has a face that is so familiar.

and when she talks it's not as a lady.

name's wayland; from san mateo. been on the street since he was sixteen.

he's been living in a nearby low income hotel he pays with ssi benefits.

what for, the ssi? he points to his head.

says he has plenty of friends on the street, but his family is mostly dead; except for a sister. he visits her sometimes.

and i know now that i've met him before as a boy.