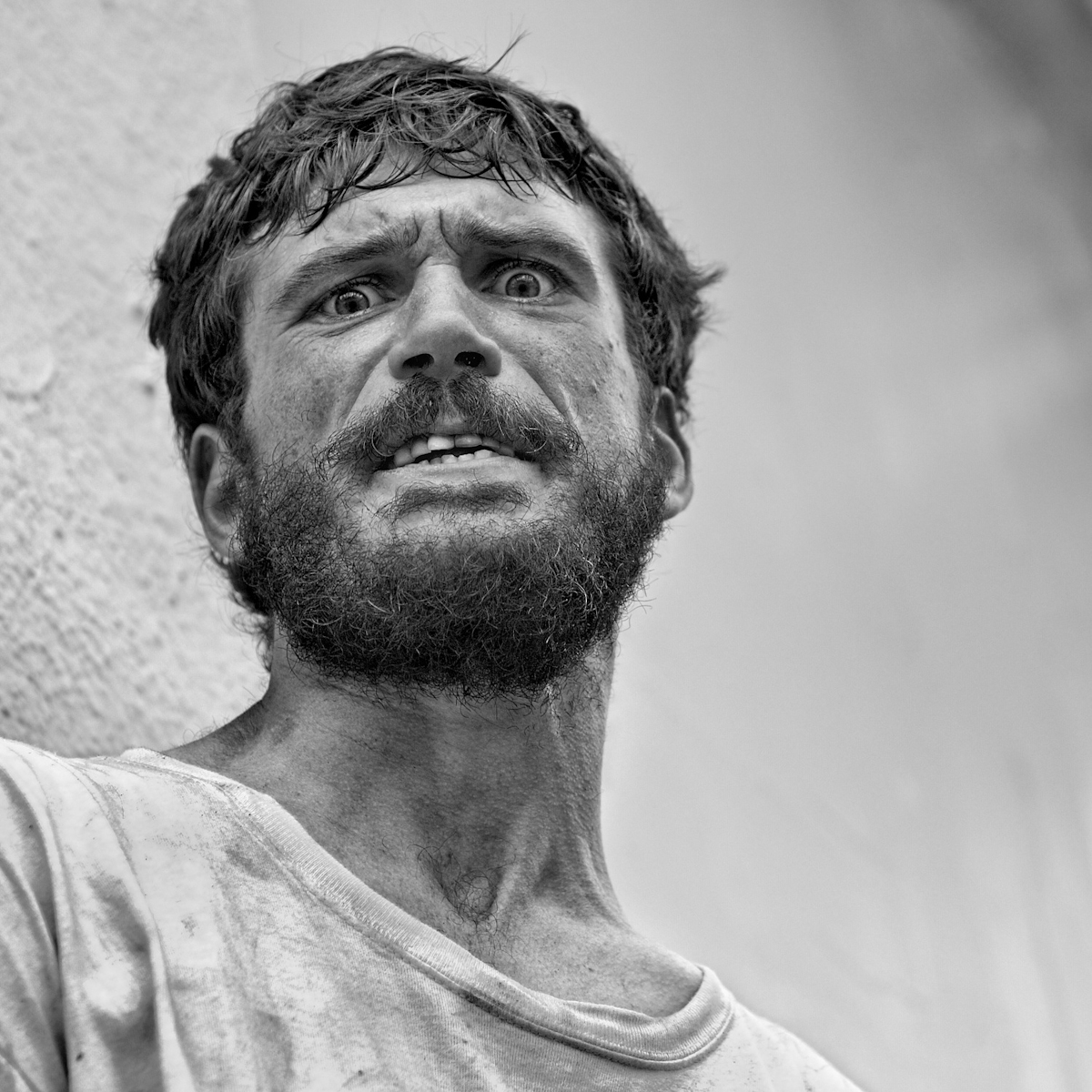 there's a fury in his face that disconcerts. it's a face of frozen aggression. a jumble of feelings and impulses caught mid stream. like he's on a tightrope that's ready to snap.

i expect a torrent as i approach. he sits in a knot or a coil. his hands and the whole of him seem to struggle with some burden or beast in the backpack at his knees. but it's motion caught still as he remains unmoved. and all i receive to my greeting is a reasoned pause.

his speech is clear and calm. a world from his appearance. he's dexter. he's guarding a hoard of industrial metal parts and panels collected from nearby dumpsters. his friend is off to find a cart for transport.

says he grew up on the street. with his mom and little sister. he was four -- his sister two -- when child protective services took them away. he didn't hear his ma's voice again until he was twelve.

he still lives outdoors on the street. says he receives ssi benefits but just can't stand being confined. says it clouds his thinking. says he doesn't sleep for the same reason. and because of the psychotic dreams; which make him hate himself more than normal. says it's not too hard to stay awake, especially with the antidepressants.

last time he spoke with his mother was '95. he was living in texas at the time. it was christmas day. they'd been talking on the phone for a while. and she started shooting up. that was fine, but then she stopped talking. just silence. she overdosed on the spot; on the other end of the line. and he couldn't do a thing.

her name was colleen.