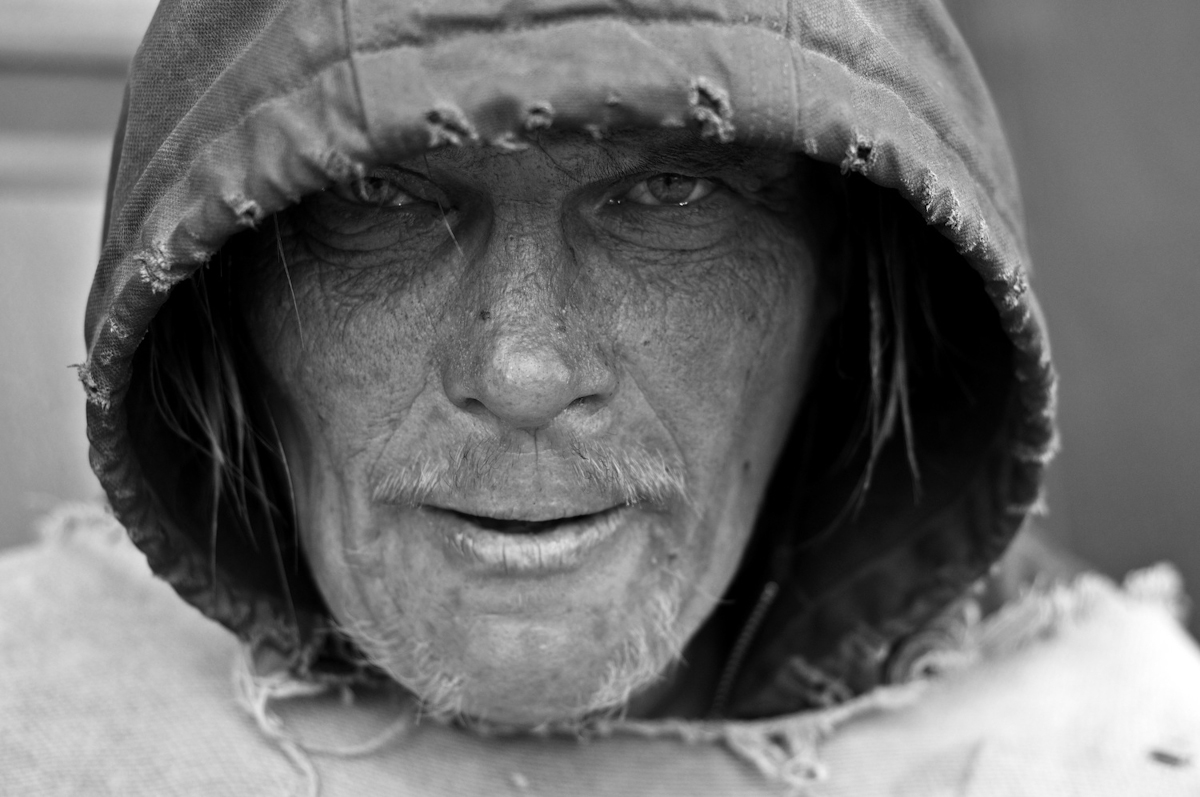 he's mammoth versus rourke's wrestler and rougher on the edges. he's a frightful form towering forth vengefully spitting curses. sandaled, his feet are cracked and caked with crusty flakes.

i expect venom as i approach. but oddly he's least frightening up close. somehow i'm less aware of his hulking size. it helps when he's seated rolling butts into a makeshift cigar with paper ripped from a bag.

he seems a trick of the light. seen differently by the angle. a change in vantage more than character. but he has a genuine warmth now as i sit below watching his recline on a doorway stoop. all about, easter revelers pass in a different world.

name's türk from stuttgart; born in 62. mom's in germany now. he doesn't guess she has long to go. spoke with her last week. he'd like to visit before she passes, but hasn't figured how.

there's great confusion in him.

there's clarity as he relates fly fishing in kentucky or his left forward play in high school in gainesville. we talk about his leaving high school early; never returning, though he'd thought he would. about the lives he's lived; and the lifestyles.

but there's darkness all about. holes that he fills with fantasy and intrigue. they jumble and grind to a halt every time. and frustrated he says "but you understand right?"

i smile and say "yes, i understand."