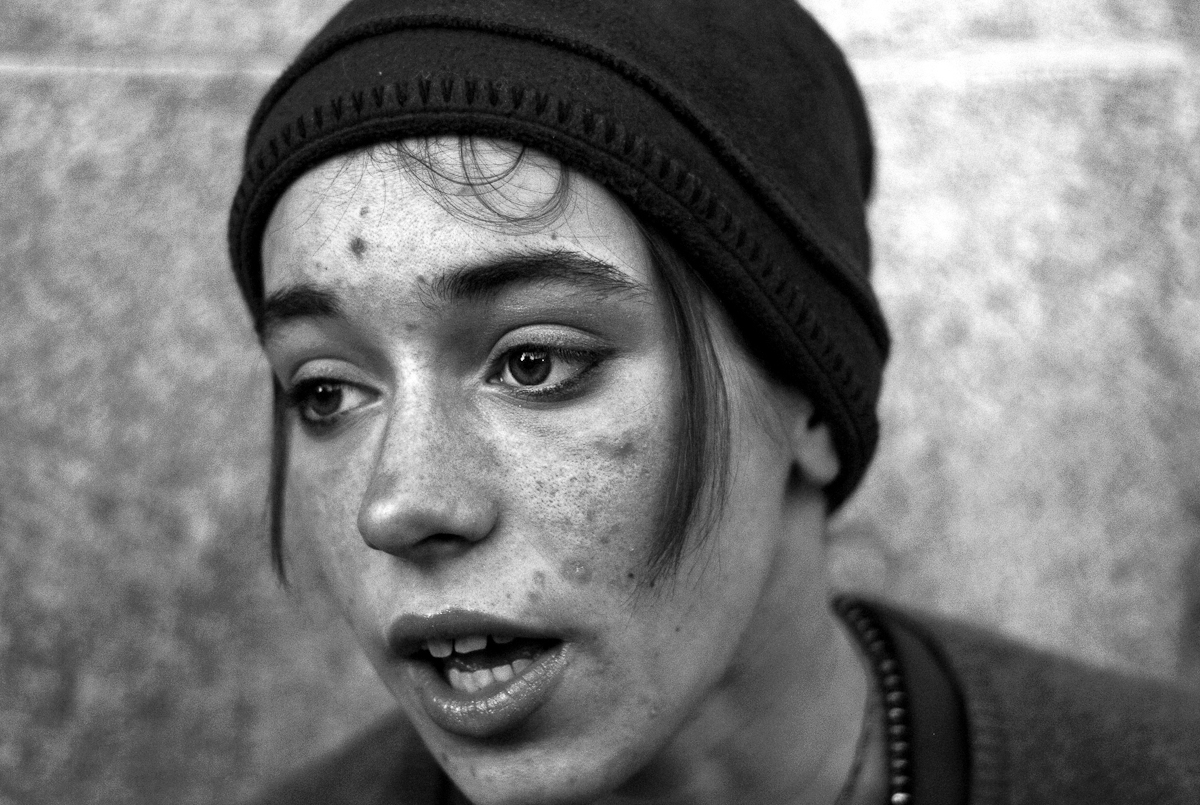 the girl sits small. like she's alone in a tiny space. withdrawn into some shell. away from all noises and everything.

a woman sits beside her on the sidewalk. a jacket covering her where she sits. they're an odd pair. occasionally they exchange words and glances.

the girl is from oregon. eugene. her name is cierra "with a 'c' not an 's' ". she's been in san francisco for about a year. she's been downtown for less time. she doesn't like it. she was in the haight before. she liked that.

she says she made certain choices. and one result was where she had to be.

"choices" the woman echoes. "that's a nice way to put it."

the woman's name is vicki. says she had waited here for cierra a long time before she finally saw her.

she came to see if cierra would let herself be "saved".