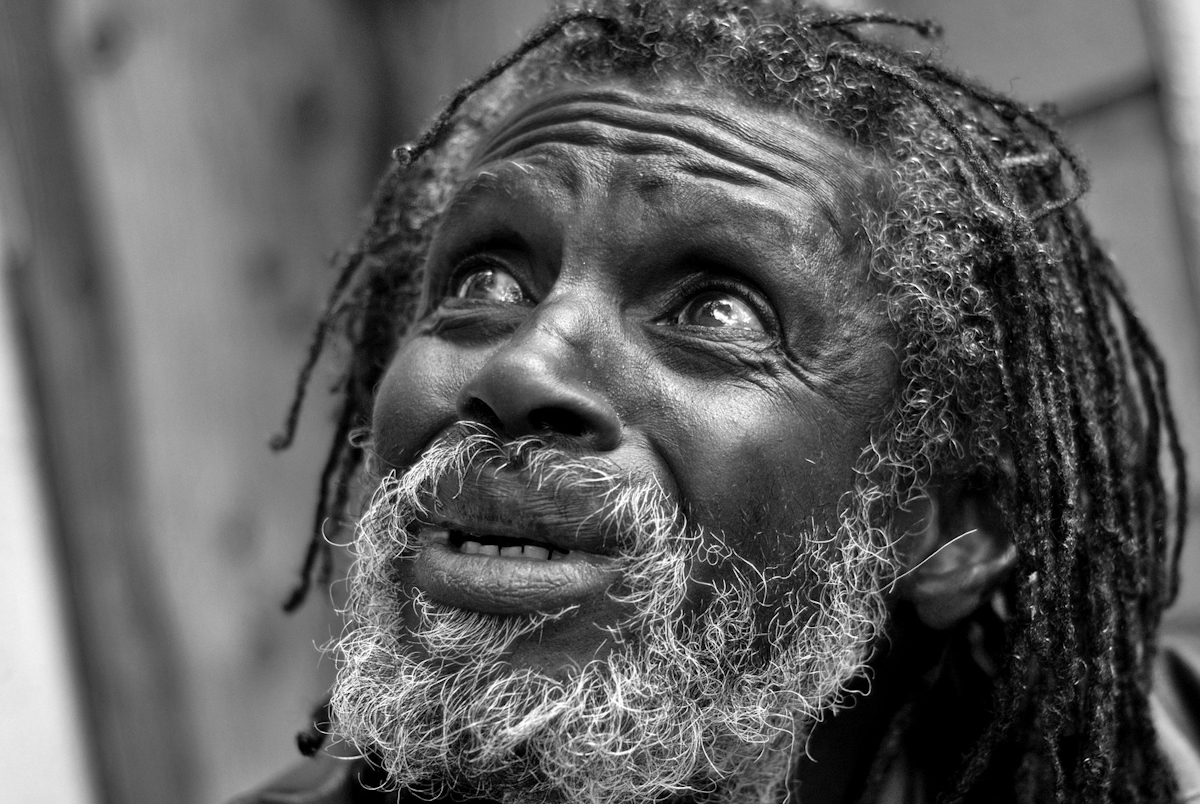 he's down a path that ends abruptly. i hear him first. exaltation or fear. it's unclear. but there's a rhythm to it.

it's a court and a spotlight if i approach. he's spread on the concrete. sounding wild. looking forward but not seeing.

but i think better. or worse. and return unsure.

it's narrow and direct as i take the course. i'm watched and then stopped.

he yells at how i come. and raises two fingers. peace. i raise my own and say "i do"

and i ask if i can take his picture.

but then i'm ignored as i join some audience. and he starts a long strange scat punctuated by abrupt clicks and long pauses. there are no words.

and then he stops and says "yes you can take my picture; do you have a release?"

i tell him i don't. at which he raises his two fingers again and says "we can use this." i do the same.

and now he begins to sing. of the northern and southern hemispheres and of men.

he says he is the original human and he has a sacred duty. he says his name is "SALBA". he says it roundly and repeats it. he says that he lives on planet earth and was born in san francisco.

and then he yells about me for some time over his right shoulder. and then returns to me.

he says he was in his third trimester in his mother's womb when the U.S. bombed nagasaki. just as he was becoming human. and that he passed them on his landing. he's caught by something overwhelming as he says this. like he's yelling in silence. like the whole of him is clenched in a fist. like he's washed in a great sadness.

he asks me if i'm awake in my dreams. i tell him that i am sometimes.

but i am unsure. he presses.

i tell him i try to act; try to control; that i try to consciously interact with people; but that it's hard; so mostly i just observe.

he asks if i ever touch them.

and i say that i guess so.

he tells me that next time i should touch those i meet in my dreams and say to them "awake! awaken!"

he says his thing is structures; not people. he touches structures and says to them as i'm to say.

then he says "do that for me"

i tell him i will.

we strike fists and he smiles for a quiet moment. but as i leave there's wildness and noise.