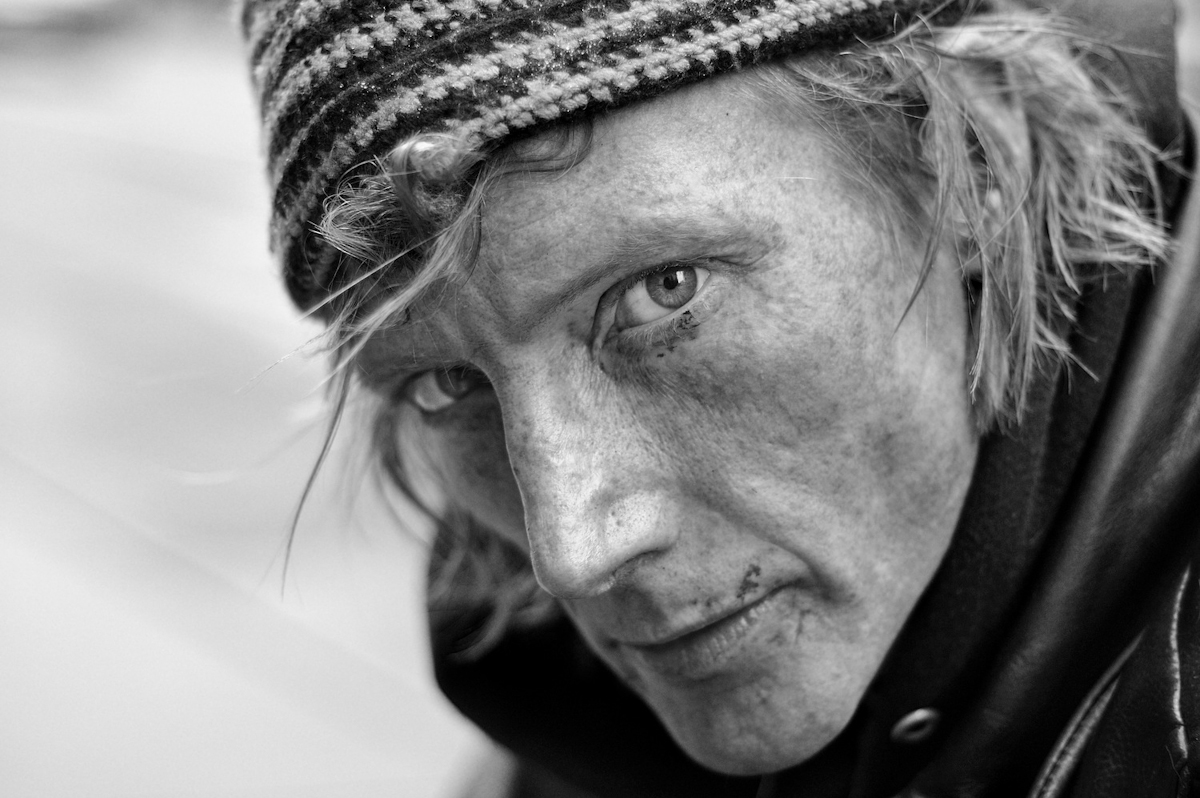 the crowd is crushing and oppressive. joyful tidings of retail cheer. the clouds hover just beyond reach. the rain patters lightly; an incessant timepiece. and a figure rests like a stone beneath; drawn to the earth but apart from it. ground down.

it was acid that started the trip. dropped at 16. a welcoming introduction. a young "cole" no more. and texas couldn't hold his burn for long. nor jails dampen it. at 21 he flew; but was wanted. he made it to california, but would serve again and more in texas before he was 25. and elsewhere after.

but his love stood by him. a drifter who got a job and apartment to support and console him in jail. and thirteen years later they would be together; drifting homeless or shacked in $35 hotels.

no one's ever done more. certainly not the woman who carried him in her womb; but no further. perhaps her father did as much, caring for the child alone; but he died when an eight year old needs more. and adoption was a hollow thing at best.

yes, this drifter stood by him unlike the others.

but then, again, no more. a month or more alone. and counting.

yet he's here for heroin more than anything else. or anyone. the city has endless supply and sale pricing. so he has that.

and the dope was good for christmas. though he missed extra company. he struggles with recent memories; but is sure of both these.

so he's looking for someone new. that's really on his mind. but john is equally in his head.

because he still cares for him. and he still keeps up with him. and watches out for him.

he wants to be sure john doesn't get burned too hard by the new flame.

but it can go too far and get too deep.

so he's keeping an eye out for his friend.