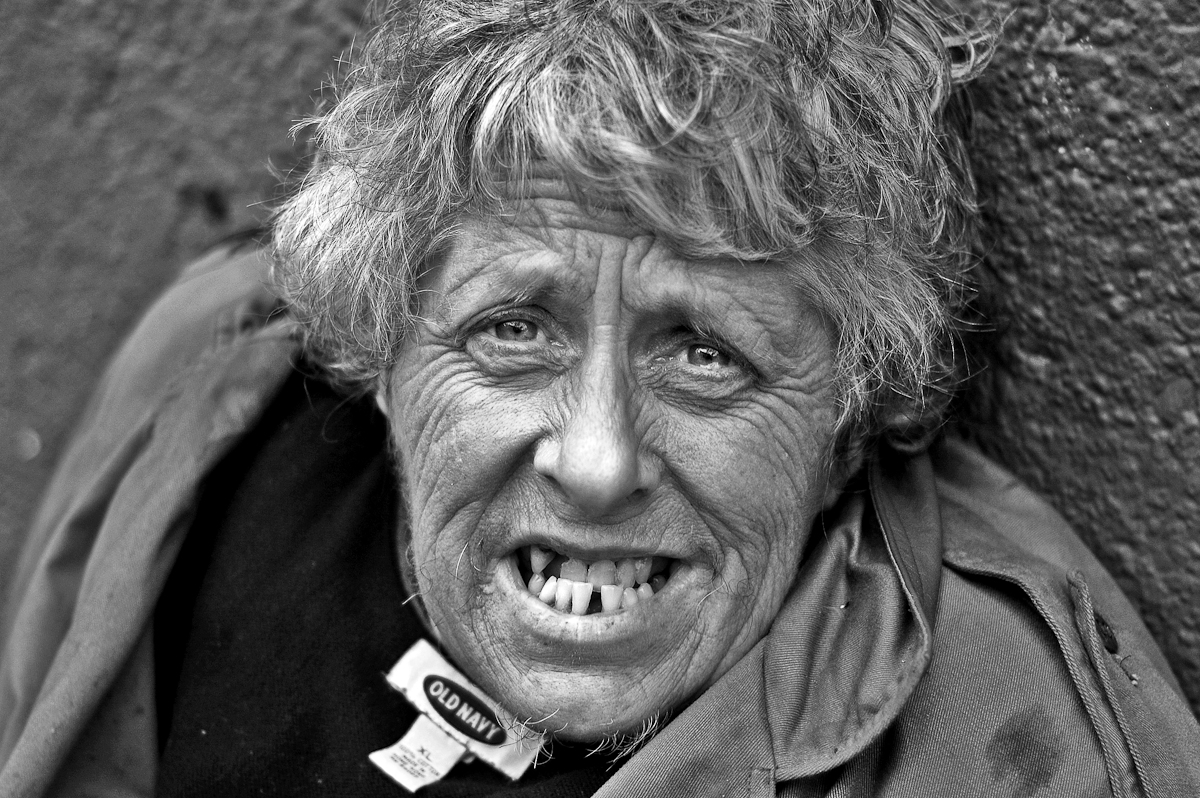 homeless geraldine from new york panhandling on the sidewalk. her eyes are bright red and irritated. as i kneeled, a passing homeless man mumbled "she's in bad shape man". indeed, people were clearly trying to avoid her.

geraldine seems to have number of things going on in her head at once. when addressed, she responds, but typically includes numerous additional trains of thought. when asked if i could take her picture, "yes. yes you can."

when asked about herself she describes herself in one moment as an actress ("wuthering heights" actress geraldine fitzgerald), in a another moment as "a whore", and in another moment, otherwise.

when asked, she says she had one friend. but she lost him and doesn't know where he is.