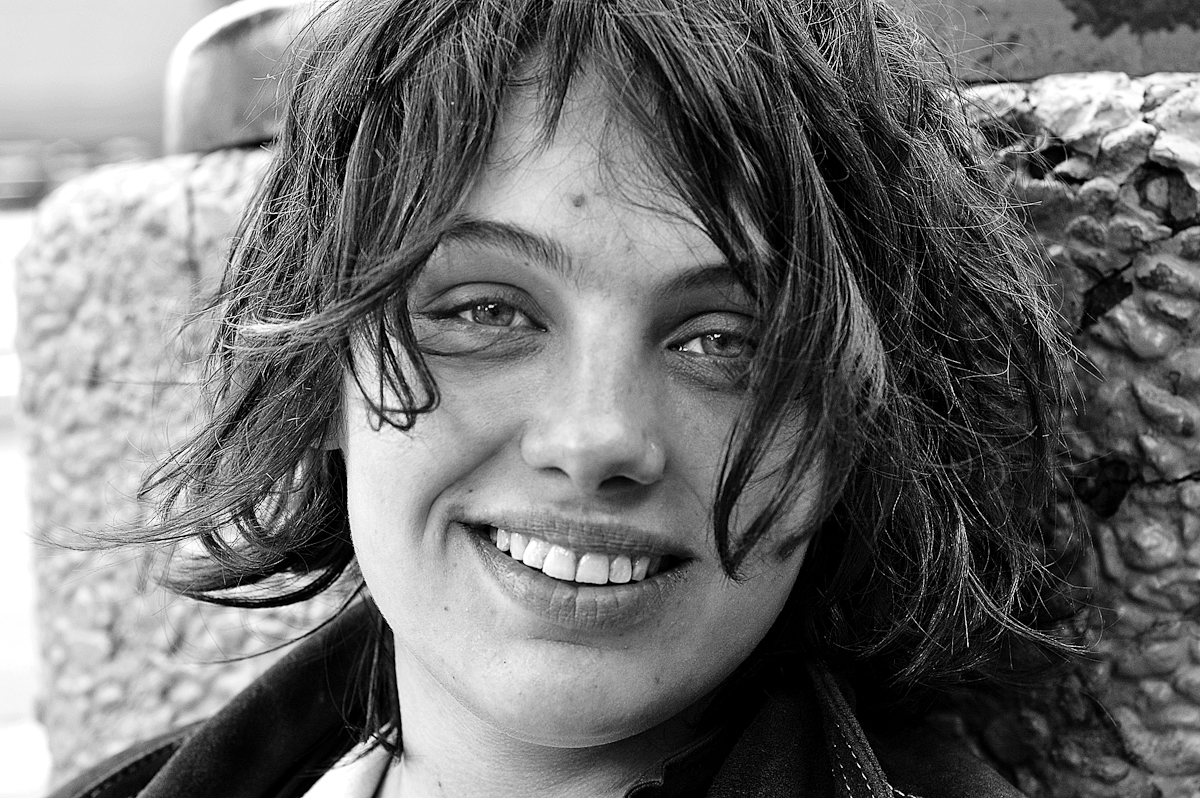 homeless leilana sitting against trash can on sidewalk. she had just been in a fight so her eyes are swollen. sleeps in the park, which she's done since coming to sf 8 years ago. she got here by hitching from east coast; doing "whatever" to make a buck along the way.

she has a few raw sores on her face mostly hidden by her hair. i've seen her around for a while now, usually sitting huddled somewhere staring at nothing. i worried she might have some mental / emotional problems from how she acted, but talking to her, she seems fine.

but she's clearly weary and has moments where the thoughts and memories going through her head seem to chill her thoroughly.

she says she's trying to take a vacation from fucking herself up.