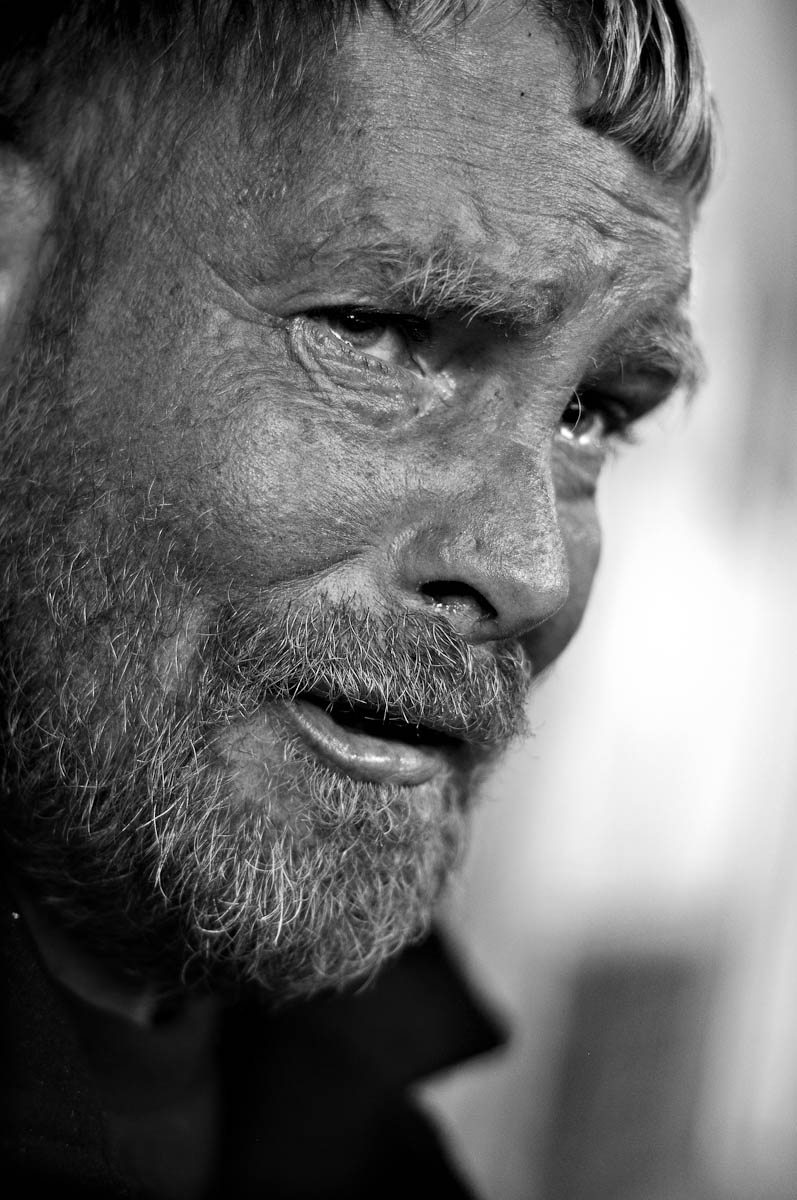 tears well like pain or love and he's gasping for air.

says he wants to make it to christmas to see his dad in jersey. he's getting bought a ticket. hasn't seen him in 8 years.

name's jason. he was born in pennsylvania. parents split when he was two. he's forty-two now. mother lives in stockton. says she's more beautiful than i could imagine. says he's got her eyes but looks like his dad.

started off with his ma, but lived with his father from five to eighteen. then he hit a rut. was wasting away in stockton when desert storm started up. enlisted straight away to get the hell out of town. says he served two tours. and made lieutenant as an intelligence officer.

the friends he left, well they're dead, in jail, or as good as. so not the worst choice. but not the best choice either. cause he can't forget the war. what he saw and what he did. says he can't forgive what he did. but it's war, right? what can you do?

...and well, he just misses his dad. and the tears come too strong to breathe.

wouldn't say that. dad couldn't give what his own father never gave. how could he?

tries for words but instead he crosses his arms to show. and bends to the pavement like he's embracing a child or himself.