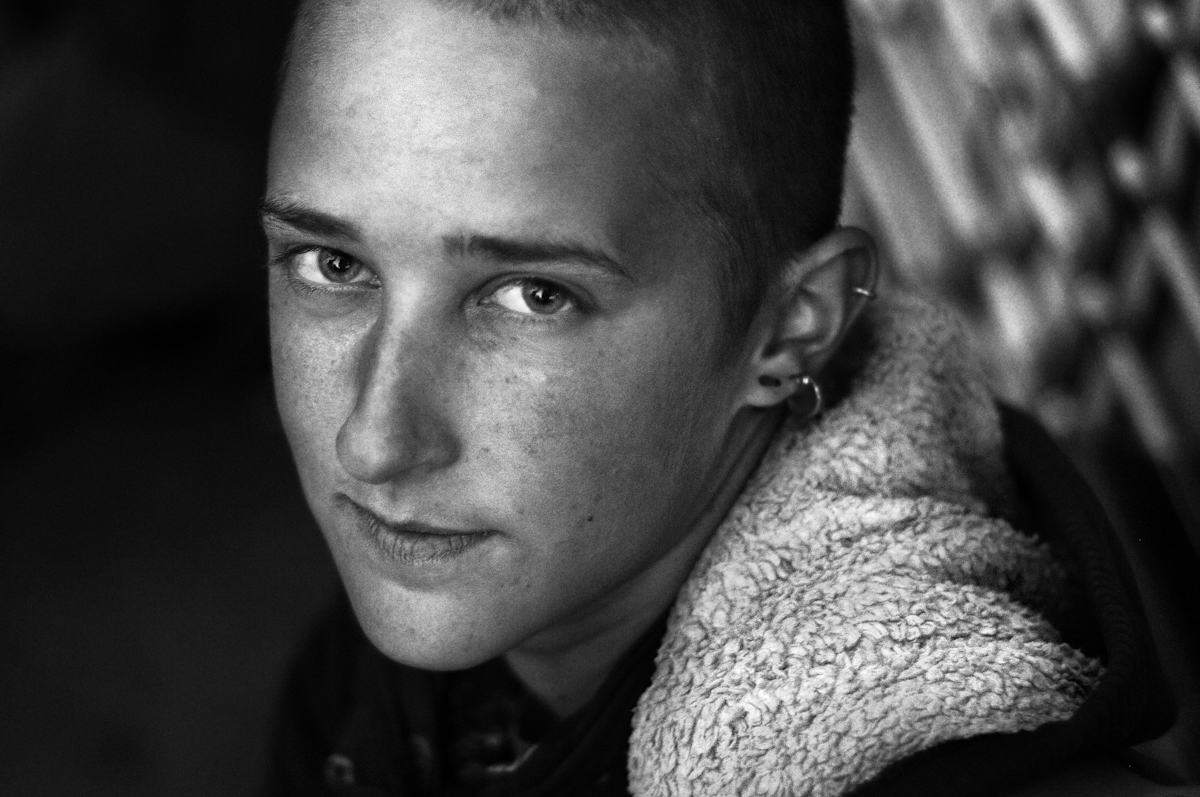 she's dressed like a boy on a backyard adventure. with a tan utility belt, knap and canvas pants. and with the slight pink remains of a black eye. hanging with some crew, she was beat by scumfucks for a better spot in the rain. she checks the lcd to see it's mostly gone. and i nearly hear wendy calling for pan.

a guy with palsy rolls up in his wheelchair struggling with words and a paper bag. he doesn't manage the words but there's success in a square of knit leggings drawn from the bag. she promises to try em if she happens on warm weather and a skirt. he rolls on.

she travels alone for no good reason that flies. not even a dog; which she "wouldn't know what to do with". she's been on the road since ten. most of it with her ma; but her ma's dead now. dad's been dead. won't be long till she's been on the road longer than not. but she looks like the kid that started off. following her mother into the wilderness. like they promised to never grow up. or land. or get tied down. and to die before they get old.