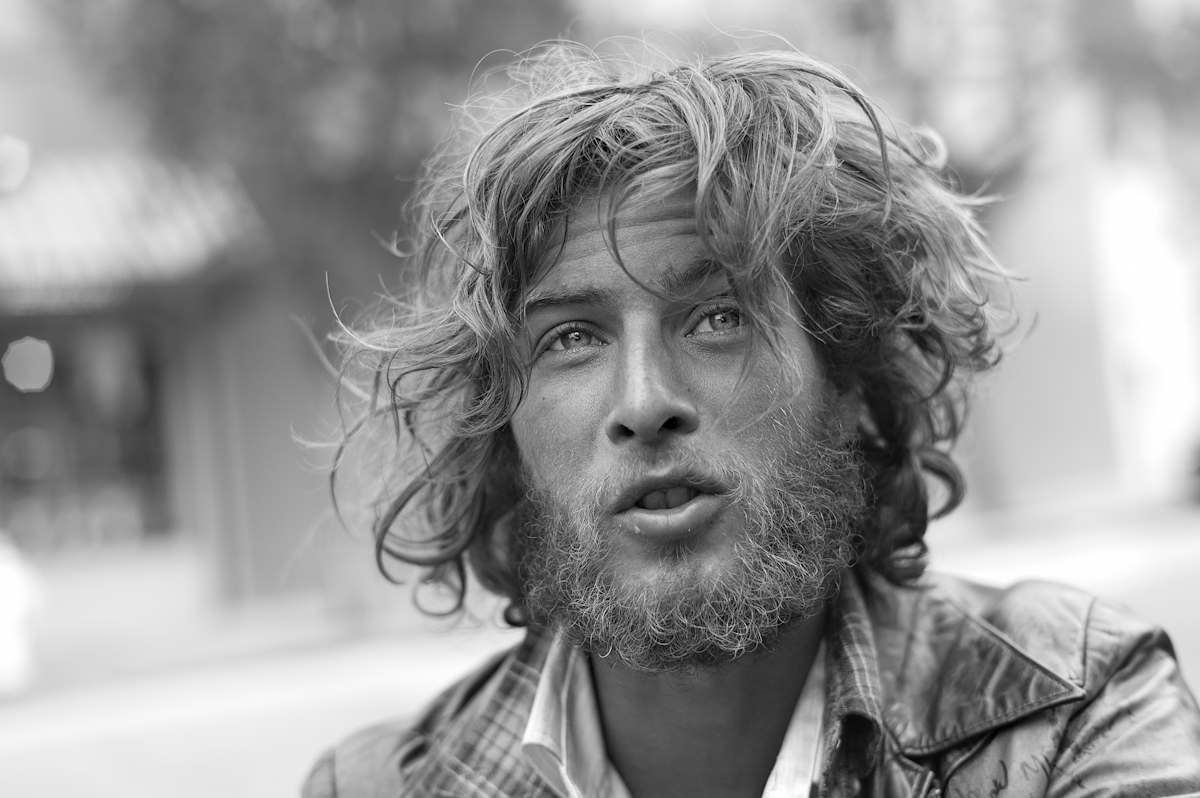 mika's been trying to get to la. he asks if i know anyone going. says he has a home in venice but no money. he gave up spare changing so that doesn't help.

he's a musician but his friends are the ones performing. the girl singing has a rat in her hoodie pocket that she pets occasionally. she's singing like she's new at it. another girl's moving along, cradling an albino rat to her chin. a guy plays guitar.

mika just sits on the curb looking lost. says he's been working on an album. recording it reel to reel. came up north "to be with my muse." but she split to portland. he's been sleeping in the park and wants to leave.

says the album's pretty slow and brooding. like how he's been. it's kinda folk music and kinda "like Nick Cave." though "you'd be surprised, that's not how i am normally." but he has to finish it; then he'll get back to the rock and roll.

except "i'm just fucking up, i'm fucking everything up."

i tell him everyone has time to fuck up.