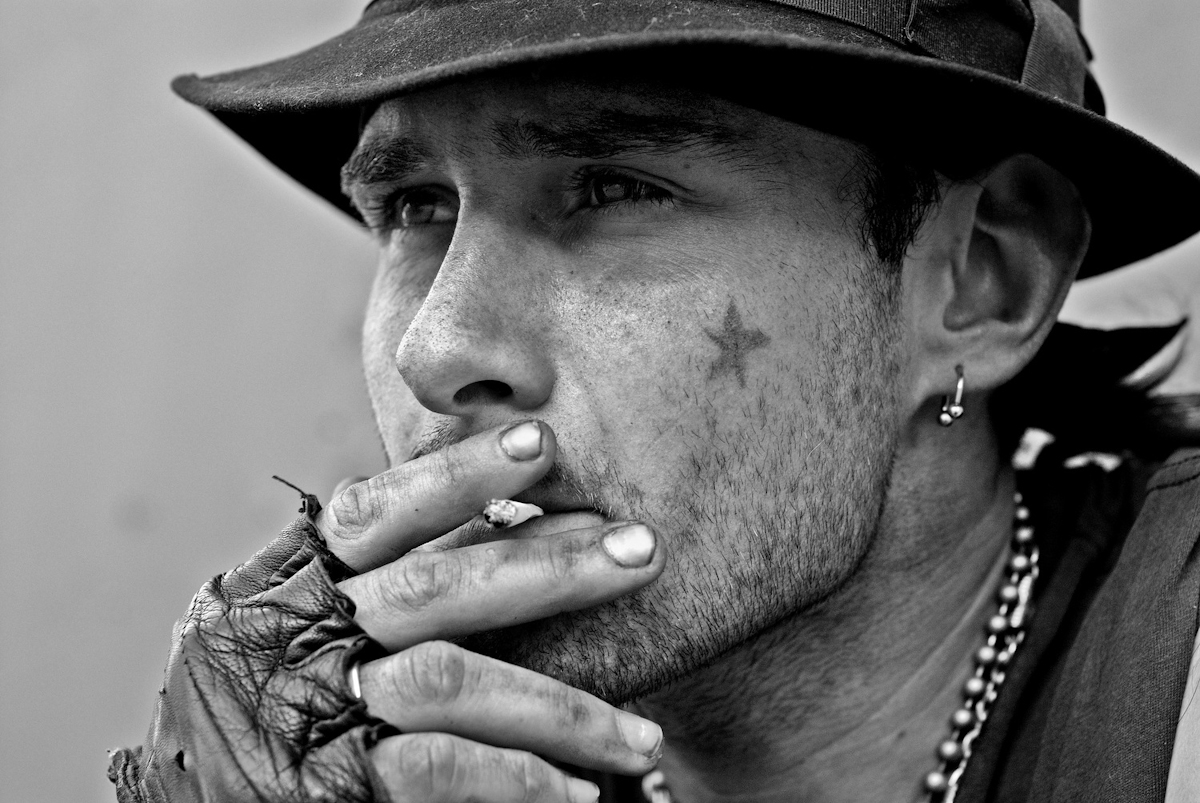 young homeless drifter ash. he says he was named for an ancient death god or such and goes by ash for short. he grew up as a ward of the state. says his parents were "fuckers." he got the star tattoo on his face when he was 13.

says he's a "traveler." has been hopping freight trains for years. he's off to louisiana tonight.

but now a moment alone with a cigarette and a bottle. then to party with his friends. then there's a freight train he'll hop in oakland with his crew.