statement: on the road 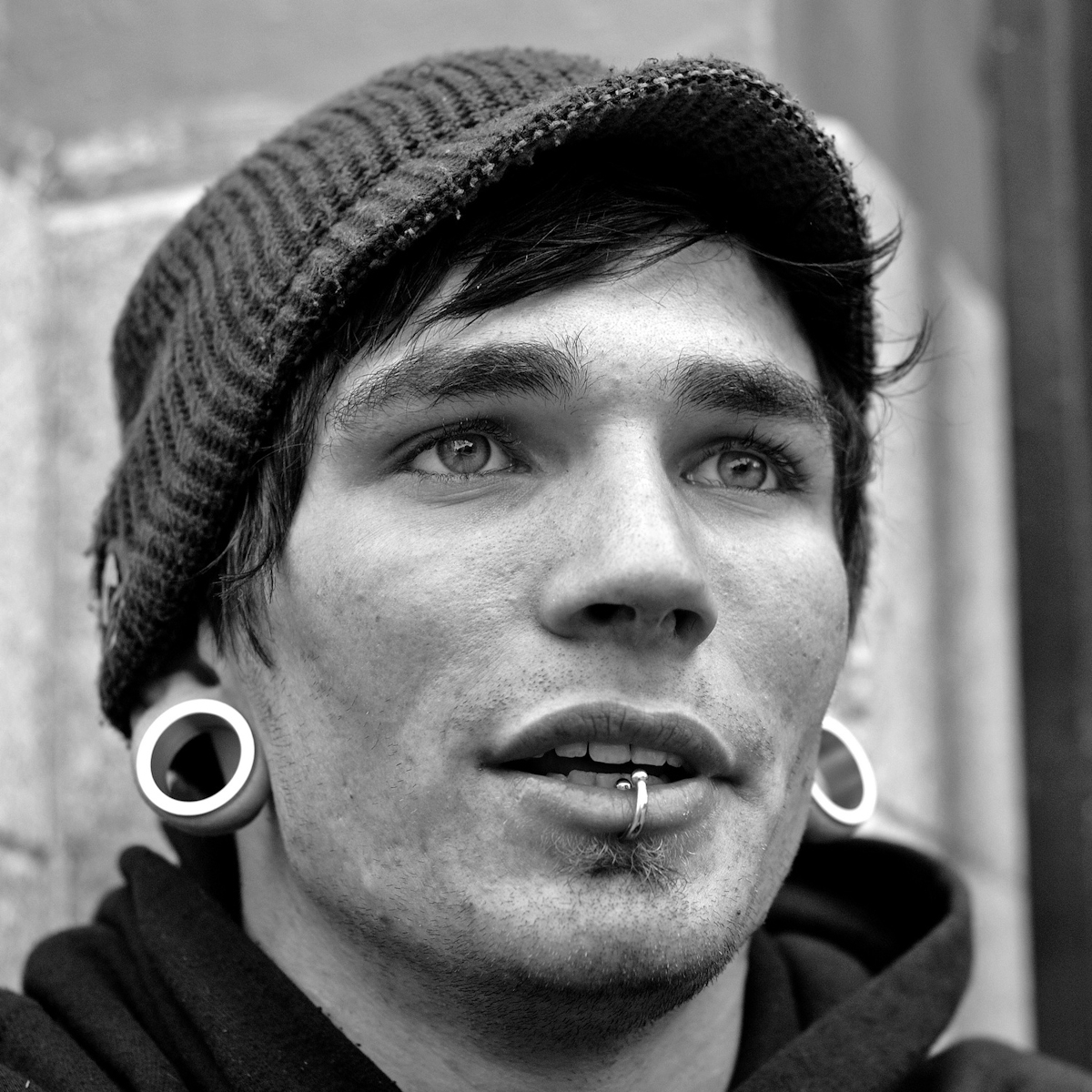 gabriel from portland sitting on the sidewalk panhandling. traveling the west coast. when he goes back to portland, figures he'll get "some sorta mill job"

it's hard to breathe sometimes as the pulse races. or do i just forget to?

the subject line reads "on the road boy"

"i know the boy... he never made it through the year"

he's sitting on the corner. like it's his. he's panhandling.

waiting for a friend to bring back food.

i sit beside him.

as people pass, he's always noticed. some stop. some continue.

we talk about the road. about home. about life. about girls.

he's gentler than you'd think. more interested in things you say. and he cares more too.

he's not sure what's next; but says now's good.

for his mother, his sisters, his brothers, his friends.