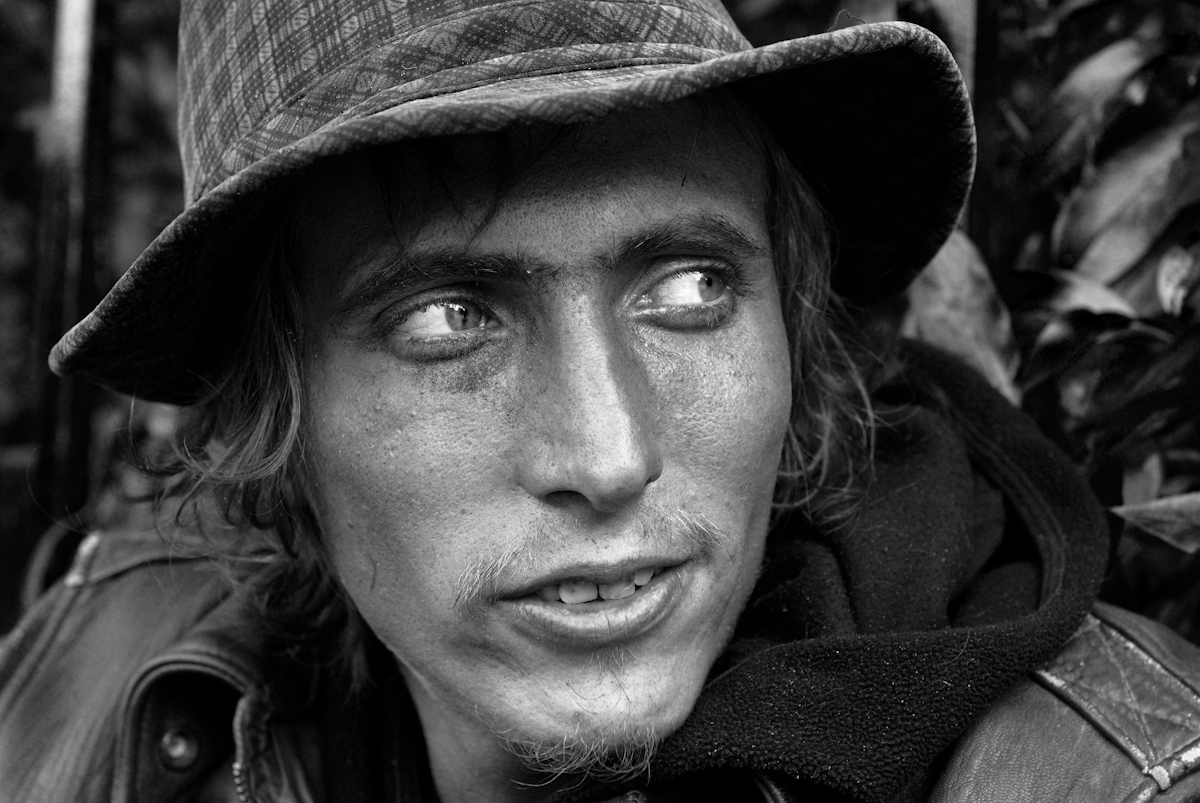 young homeless drifter michael from portland. he's sitting on the sidewalk resting with some friends. i see him as i pass on my way to a cafe. as i return, he has his head in his hands.

i stop to chat. they've just arrived; though he's passed through before. i mention seeing lots of kids in town from portland. he says there's lots in portland from sf too. he asks where i'm from. "kinda hawaii i guess; but mexico and la too." he says he'd like to visit someplace like hawaii but agrees sf's not so bad.