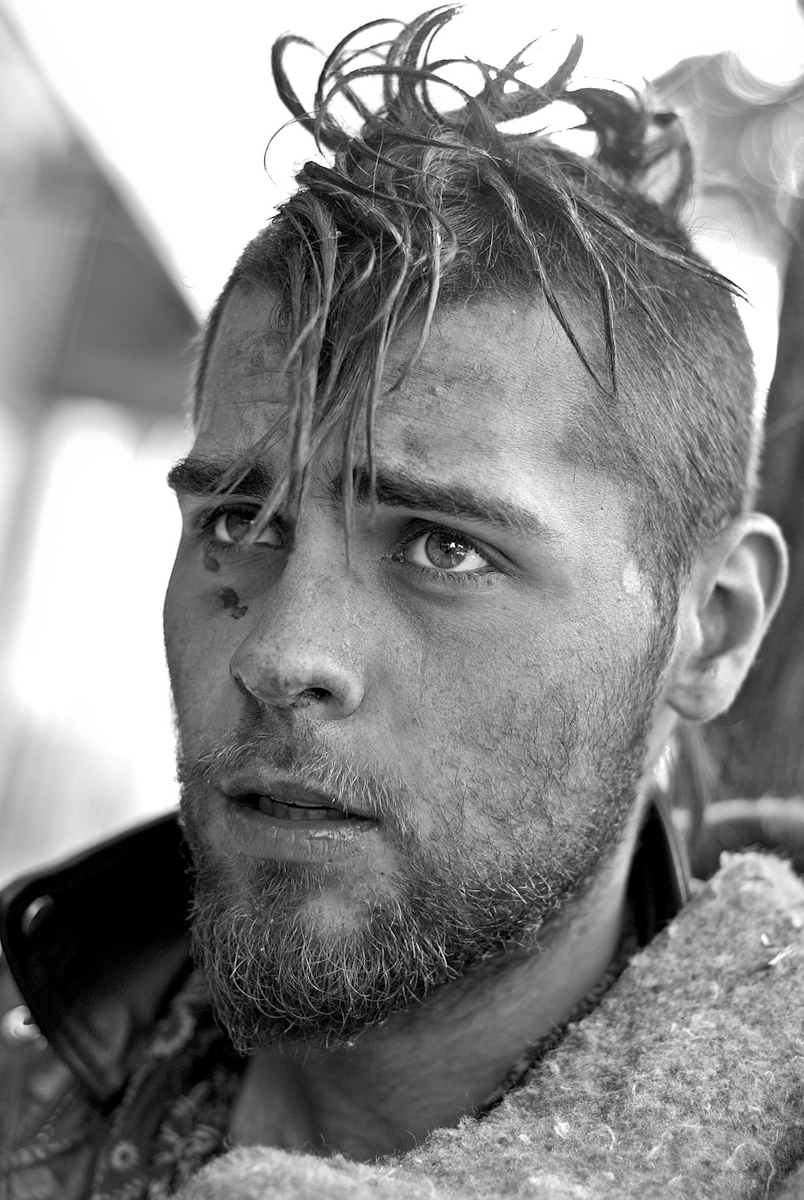 "you been sleeping 'round here?" i ask, "gets kinda dangerous; lotta kids getting beat up."

he's close with the scumfucks. so he does pretty good. his name is "stephen", but they call him "savage demon".

"'savage' cause i hurt people."

was born in virginia, but is from oregon. his mom's there. his dad's in vegas.

"they're fucks; but i love them"

there's native american in him. he's proud of that. he's the only one of his family with any darkness in his skin to show for it.

been on his own since he was 14. five years now. gets around by hopping trains. mostly on the west coast; "up, down and back again." but wants to get to new york this time; never been. figures it will take him a few months.

spends time with his aunt when he needs his "solitude." she has some land in oregon. been having trouble with folks since her husband died; so he patrols the property with a shotgun.

but she has cancer and won't last so long.

"but she knows my heart's in movin."