statement: skyler after the rainbow 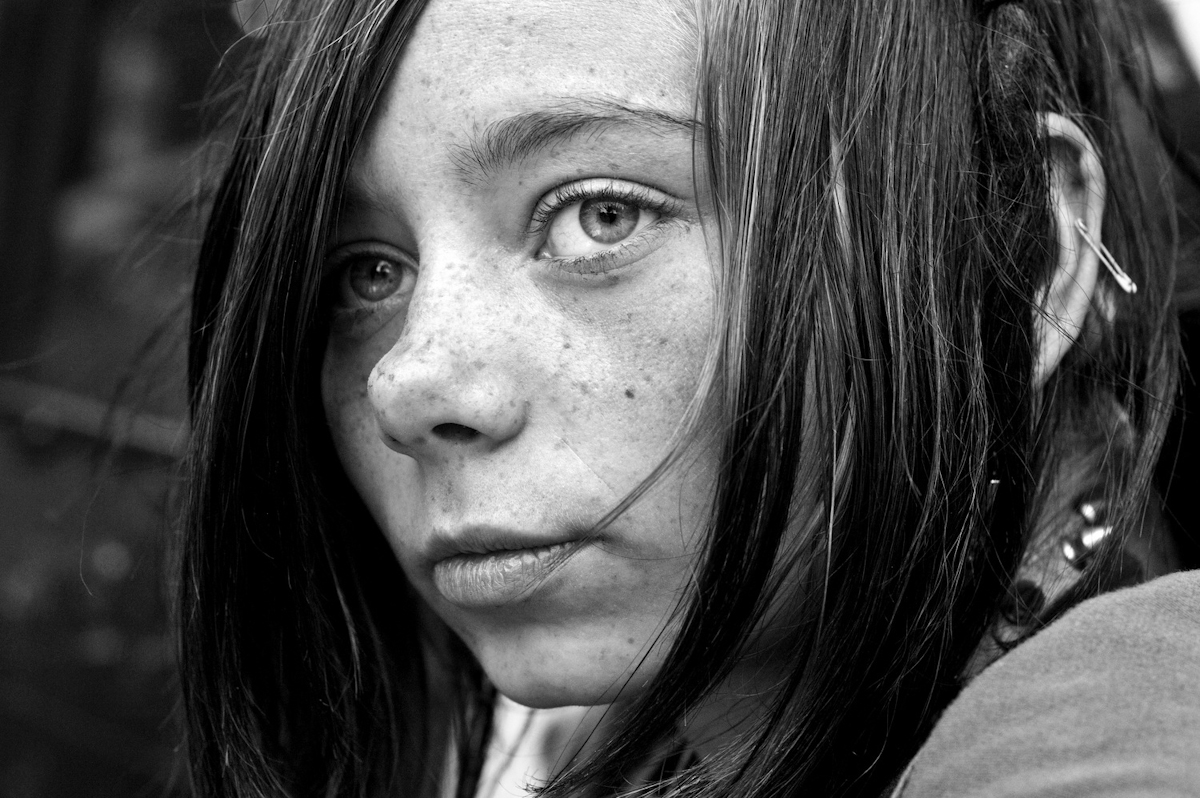 skyler after the rainbow

her name is skyler. she's still waiting but hasn't sold a thing. she's a hand for features colorfully animated. two note pages full for sale. but they don't seem to catch. her own might be a generous sketch. but she's a bit awkward. she's on a corner off to the side, bundled and hunched with a pile of packs and knapsacks. almost lost in the mix; but hard to miss.

she's been on the road a short while. from pennsylvania. first was the new mexico rainbow gathering with two friends. hitching from stop to stop. then further; why not san francisco.

her friends aren't here now, but she says they're somewhere about. they've all been sleeping on the pavement nights. it's not too bad. and the cops don't hassle you as long as you stay out of the park.

she's not sure what's next, but it's been two months and she thinks she really should be getting home.