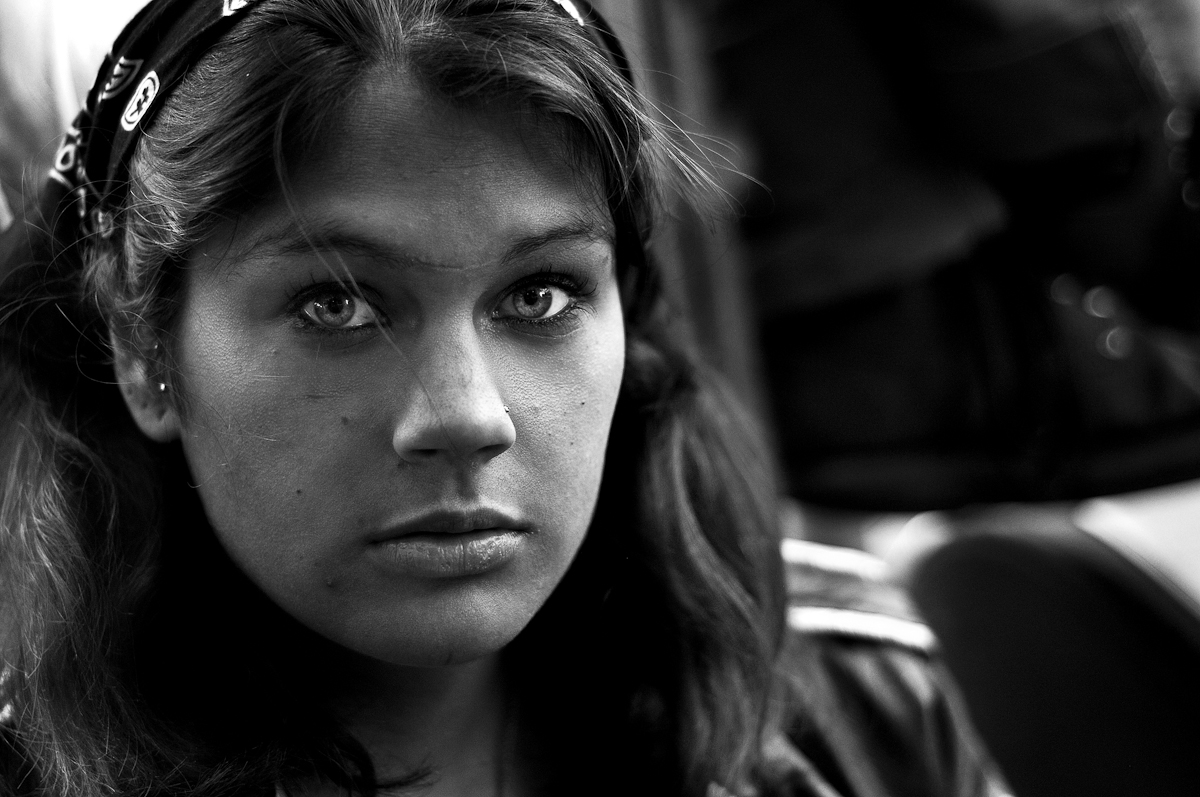 she moves in a pack of different company and different faces. she's been on her own that way since 15.

there's strong things in her at odds. it's 75 at a drop like there's something to prove. a fiery end or an exit at the last, but a feel for destruction without and within. yet there's a haunting sympathy too; in a way that's hard to pinpoint but clear to the touch.

alien is circling, chatting people as they go. a group of kids return from sleep nearby, ready to drink to the evening.

johnny b is on the newsstand pointed no particular way. "shot a man in reno just to watch him die." sings cash like he wrote it. holds his guitar like a blanket.

maddie joins in on the chorus; sounding witness like a baptist. sitting on the pavement, she takes a long drink from a bottle then returns to patching someone's black leather jacket.

she's drawing a crowd again. the current bends as it hesitates by; mostly finding no excuse to stay. some freshman girls with a printout want their poem read to a camcorder. the page is badly took and cursed to its shame. it is fed to the dog; who likes it well enough, but leaves it in shreds.