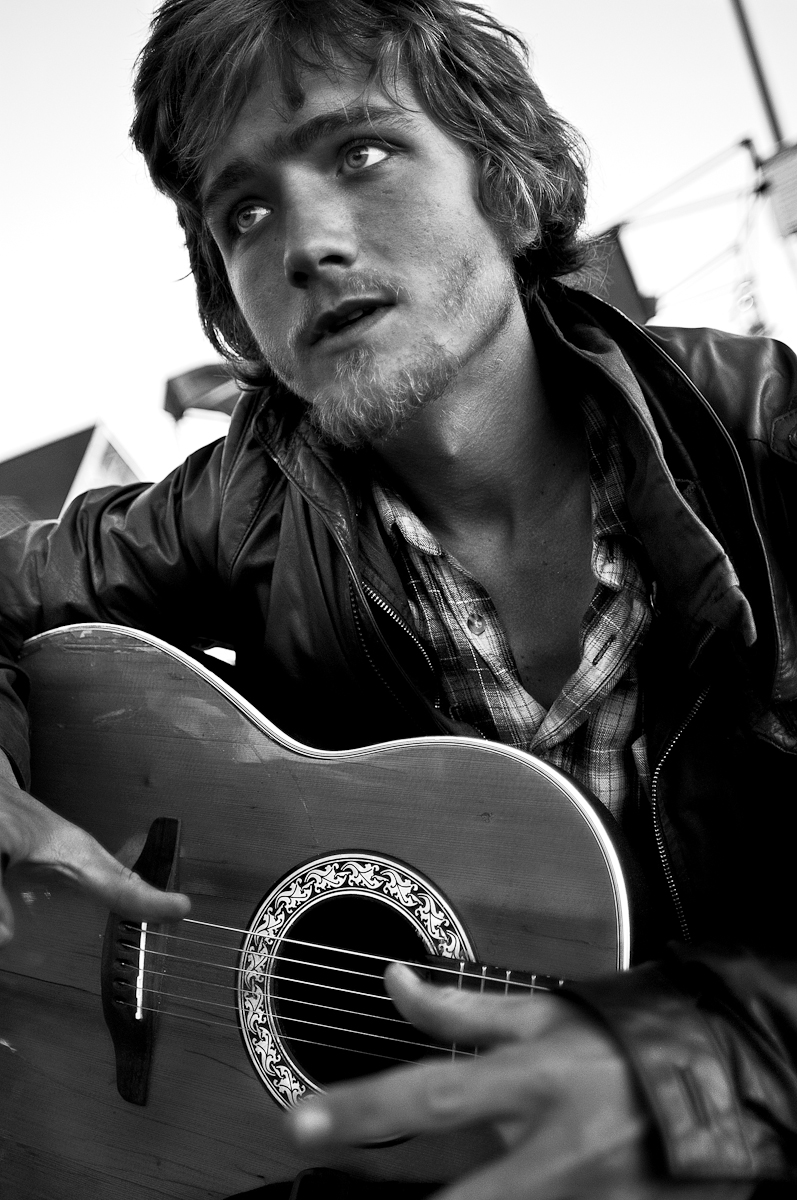 he's from arkansas but home now. sleeps on the sidewalk up the way. came with his brother michael; his "archangel". michael's family adopted him as a kid. counts himself blessed for that; getting out of foster care. counts himself home being by the ocean.

says it called him completely. hasn't been on a board yet, but he's got friends gonna take him out. left for too many reasons. but thinks his music might get him somewhere. can't wait to show me. we drop to the pavement for a song.

it's indigo child. his own. and he sings like he's bleeding. he's sweating when he's done and asks a towel from a boardwalk vendor. says he's got six songs and wants to cut a demo.

a guy's been helping; recording him a bit. he's just sad michael can't hear it. disappeared about a month ago, and he's really scared.