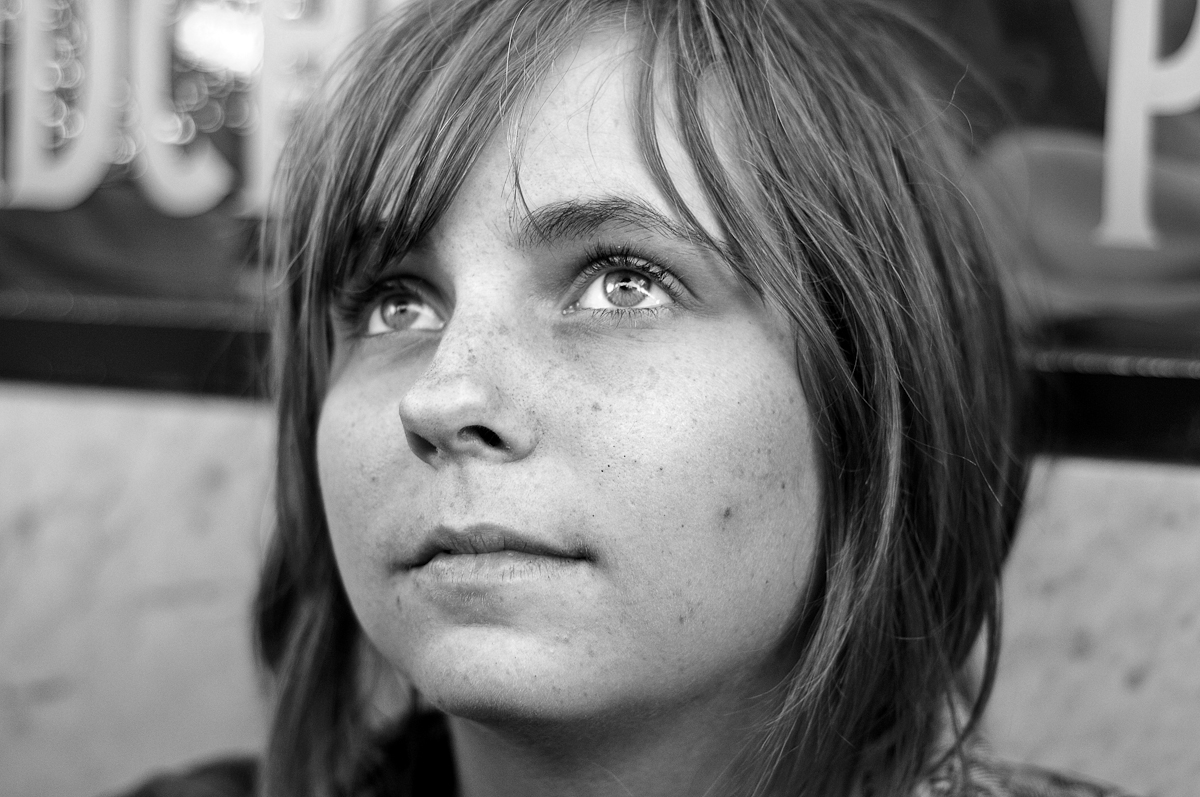 She's Tuesday and she shines but she's dirty. Looks like she's dressed in her brother's hand me downs. Or from 1950, like an after hour circus clown.

Her voice is dirty too; gravelly.

No smokin' and drinking too much. She smiles.

She's got three boys to look after her. They tower above her. She acts the mascot; but it's not quite true.

The oldest shows me his wounded hand. Says its getting infected. Tuesday's doing. Attacked him with a stick last night.

"I was pretty drunk" she explains; not sure if she quite remembers. She is still and will soon be more.

They're just in town from Geogia, but she's from Missouri. They keep together.

Been on the road for about a year and a half now. Calls her family now and then so they know she's "not dead."