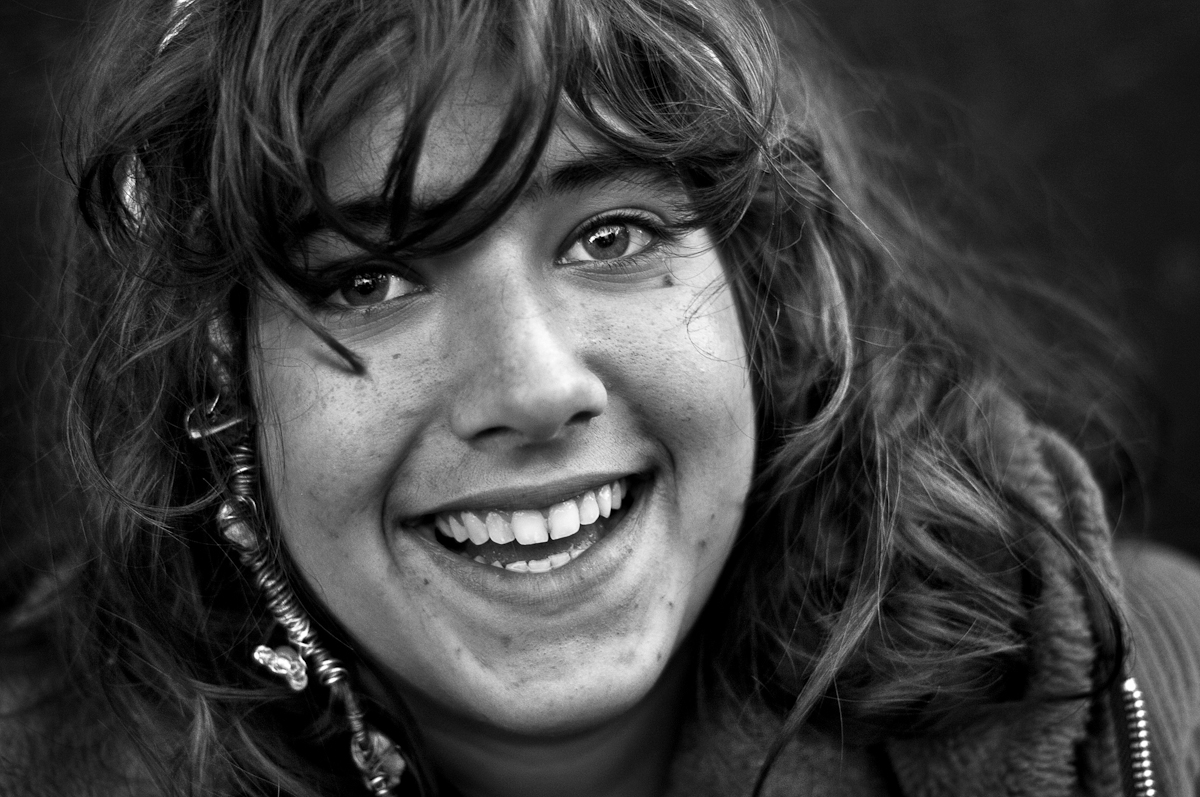 she's from the bay area. but things went bad last time. so she's been gone till now. says she lost her cat, her apartment, and her fiance all on the same weekend. so she up and split. went north.

she's sitting with two dogs and a boy. the boy is river; the "great river"; not for phoenix. and he doesn't like cameras. as for her, she's elizabeth; "like the queen." she smiles.

they are selling handmade necklaces and keepsakes. hers are made of twine and cloth; his of twisted metal. they met twisting herb up north.

"you know," says river, "you're taking a picture of the prettiest homeless girl in town!"