statement: no alternative to life 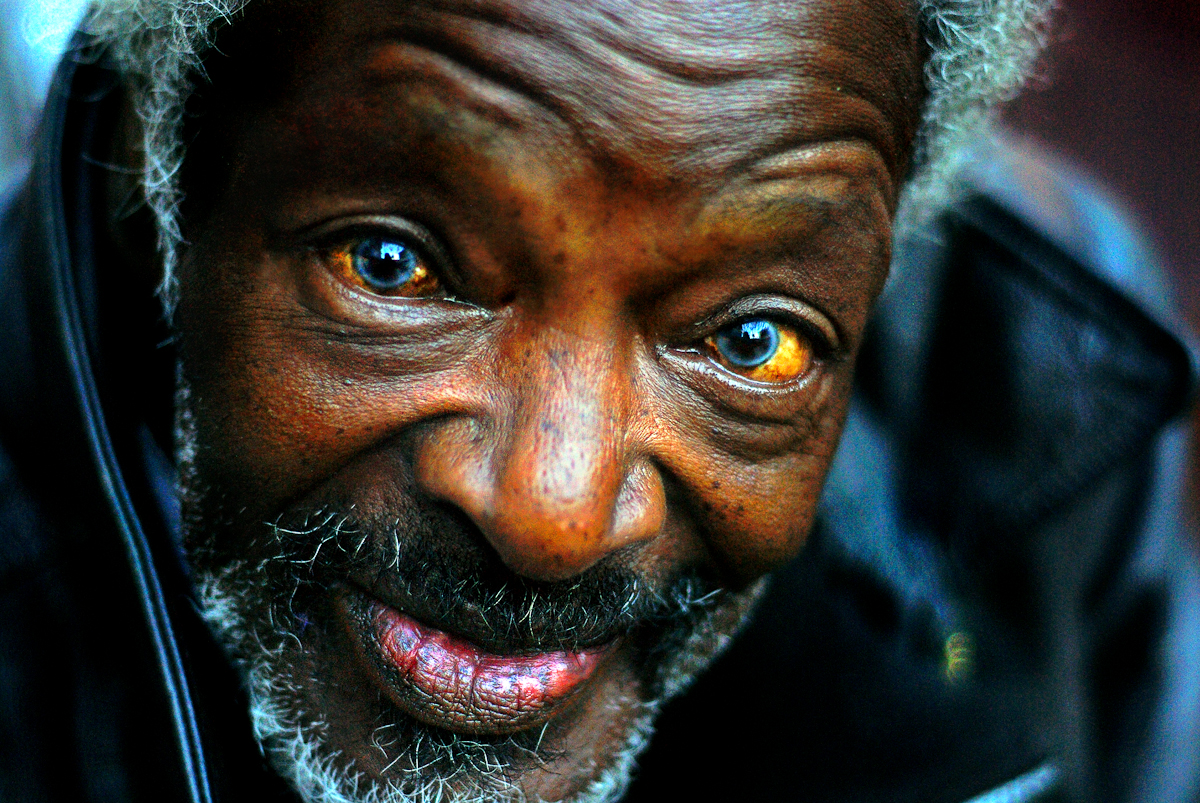 no alternative to life

hungry john quinn hunched over a trash can in the tenderloin. as i pass, he stands vacantly staring nowhere in particular. he wears a black leather jacket and hospital bottoms. there's darkness about his eyes; the whites aren't white, rather slight shades off his skin. but when the light catches, so do they.

i circle and return from another direction. he's grim and i expect dismissal. i ask if i can take his picture. he smiles and says "why sure you can." he has only a single tooth. he lives in a nearby "poorly ventilated" low income hotel. he just got out of the hospital and has been trying to get money for food. he had a heart attack. says he's had to quit smoking.

i ask about his blue eyes. if anyone else in his family has had them. says no, "just me and my mule"

there's an animation in him that he seems to save. and an intelligence that surprises. we talk of the time he met martin luther king in the airport leaving for india. we talk of his graduation from berkeley, his acceptance to law school, and the drug use which would take him elsewhere.

he talks of south africa's "honorary whites", india's untouchables, and sartre's essence of a man.

and he describes an exchange between south africa's botha and nelson mandela, when the latter was in prison. botha insists that mandela renounce violence as an alternative if he wishes release.

mandela refuses, responding that there is no alternative to life; and that he will do whatever is necessary to live.