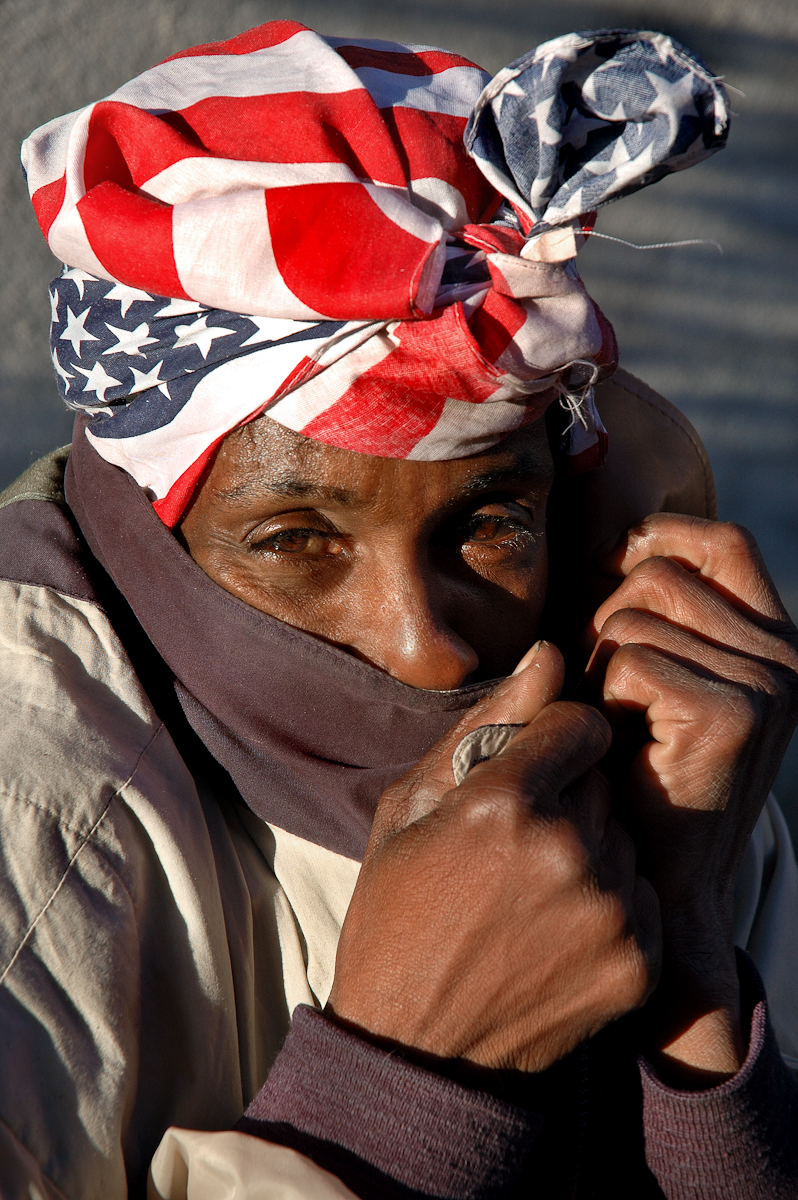 i saw her against the sun sitting at the end of an empty sidewalk and went up to her. she was in bad condition and couldn't interact well. she was hesitant to allow a photo, but then thought she'd like a shot of herself and agreed if i'd get her a copy.

so she primped herself excitedly and told me when she was ready... but when the camera went up, she got shy.