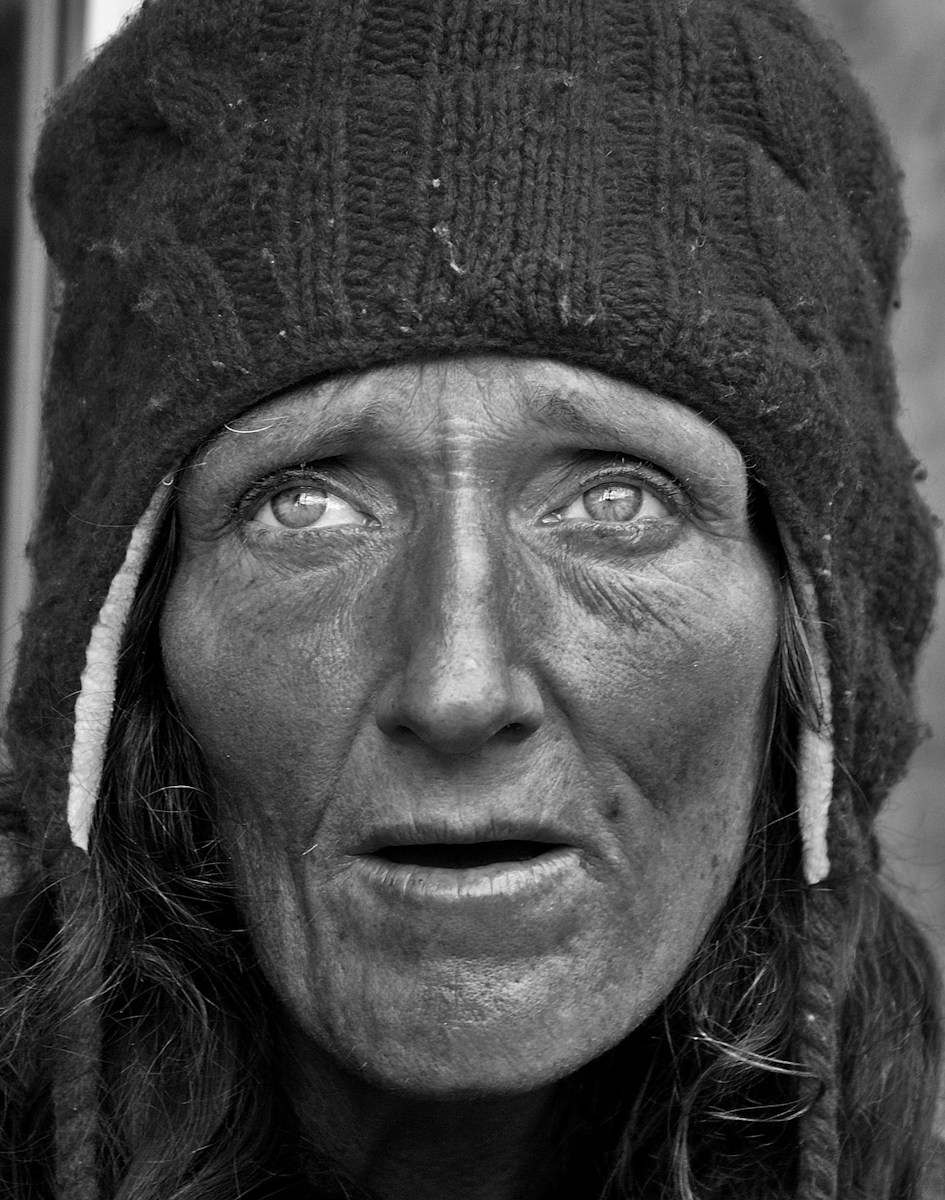 homeless robin from sonoma sitting in a doorway on the outskirts of hayes valley; she has two grown sons still there (one 22 and one 35). she doesn't see them much; but they speak often.

she says it's only by god's grace that she survived.

she lives on her ssi benefits; she chooses to live on the street rather than give it all over for housing.