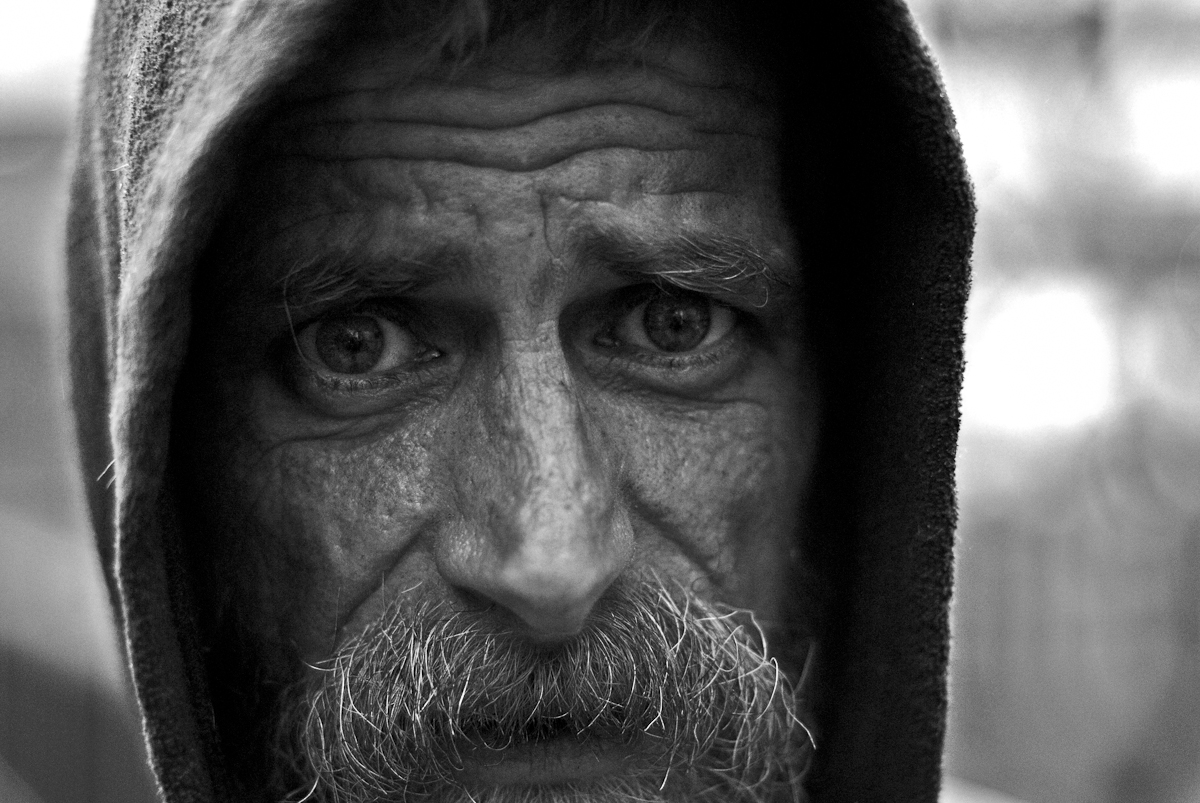 the hounds are muscular and move with purpose. leashed; they seem to propel him. he is thin; he drifts and jerks. his movement is some witness of a condition that brings him an ssi check each month. he's off to a cannabis club for treatment. he's just been panhandling downtown.

he lives camped out at sunset beach some 6 miles from where we stand downtown. he says he's a minister for the "whole earth church of christ." i ask him where that is. he steps back, raises his hands: "you're looking at it."

says he doesn't preach much; he just tries to help the people he comes across. says people need help; it's hard "out here."

says "i've been in father's service for quite some time now."