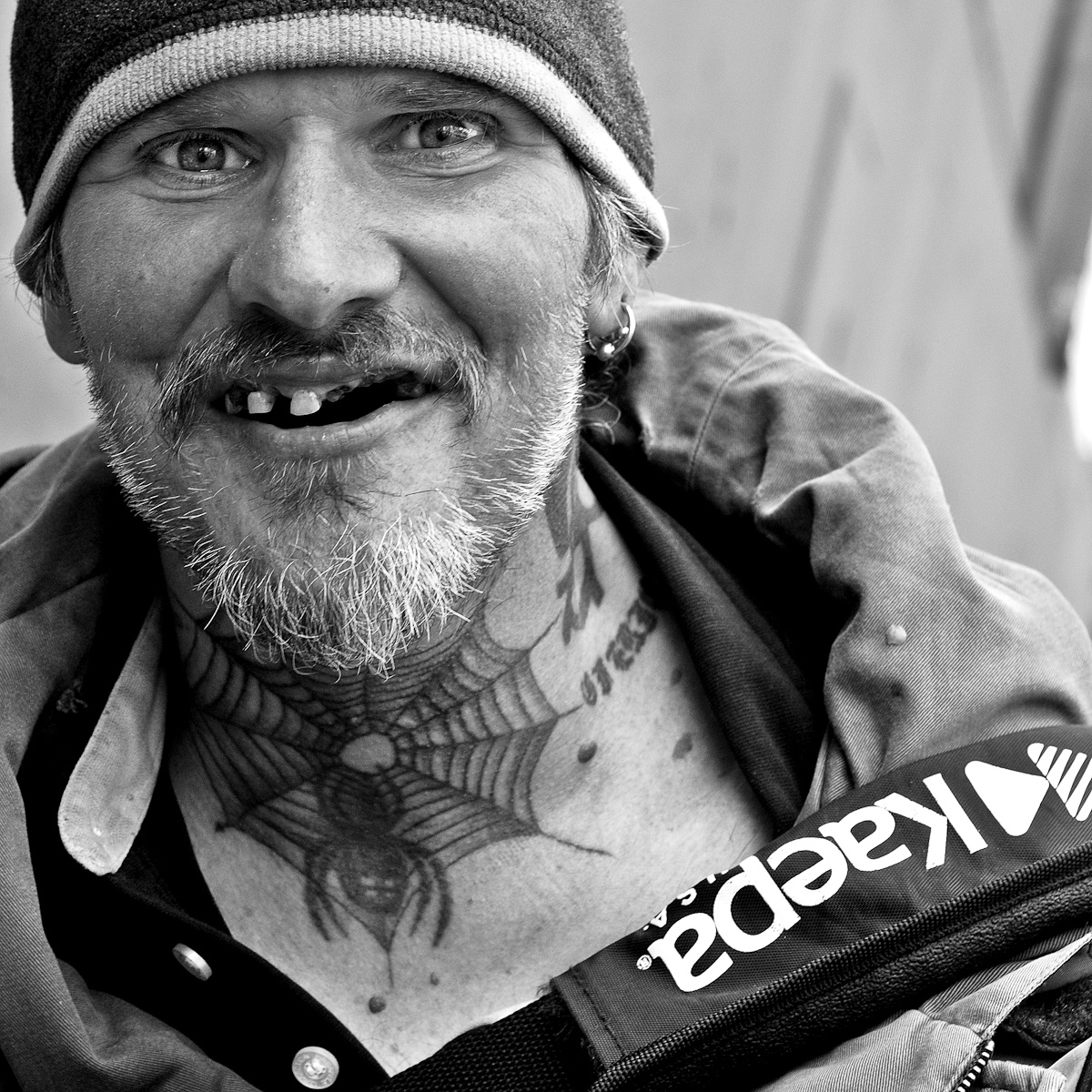 homeless james from virginia in the tenderloin; goes by "bags." he's 44. james has been in sf since he was 16 when he got out of juvenile detention. he was locked up from the age of 12. he started shooting up when he was 11. he drove out to sf with a girl he had started dating at the time who had just gotten out of college. says "i was a goodlooking kid."

james says his father was a sniper in vietnam who had 163 kills for the cia. he agrees his dad was "hardcore." james learned to fight from him. they had a falling out and don't speak any longer. james' mother was a stripper.

james used to love to keep animals and guns. he would collect both. he had dogs, cats, rats, etc. but he went through a bad period where he was really tweaked out on drugs and he killed them all. he didn't shoot them; he strangled them. says he feels bad about it.

says he doesn't feel bad about the men he's killed. the one he killed in prison was a child molester who had raped a 6 year old boy. it was a hit and he carried it out with no reservations. he stabbed the man through the back of the neck with a pick axe or some such. says he still remembers the sound as the axe went through the man's neck and grated into the bed. the spiderweb prison tattoo on his neck is a "badge of honor" which commemorates the kill.

i took to james immediately. he is friendly, open and warm. he says he'll have my back if i should ever need him. he introduced me to his friends as he walked the street looking for a fix. he says he has "a lot of hatred and a lot of happiness." he agrees it's a strange mix.

he doesn't mind people taking his picture. "people say it's stealing your soul; but my soul ain't worth nothing."

but he says he thinks he has goodness in him. "i'm a motherfucker, but i'm good to women and old people. i always give up my seat on the bus. and i'm good to my friends."

james is dying of colon cancer. he has a tumor "the size of a grapefruit" which was caught too late. says he's "pissing and shitting blood." but he says he doesn't care. "why should i care? i've had it bad and i could complain, but plenty have had it worse than me."

he figures he'll be dead within the year.