statement: lord take me away 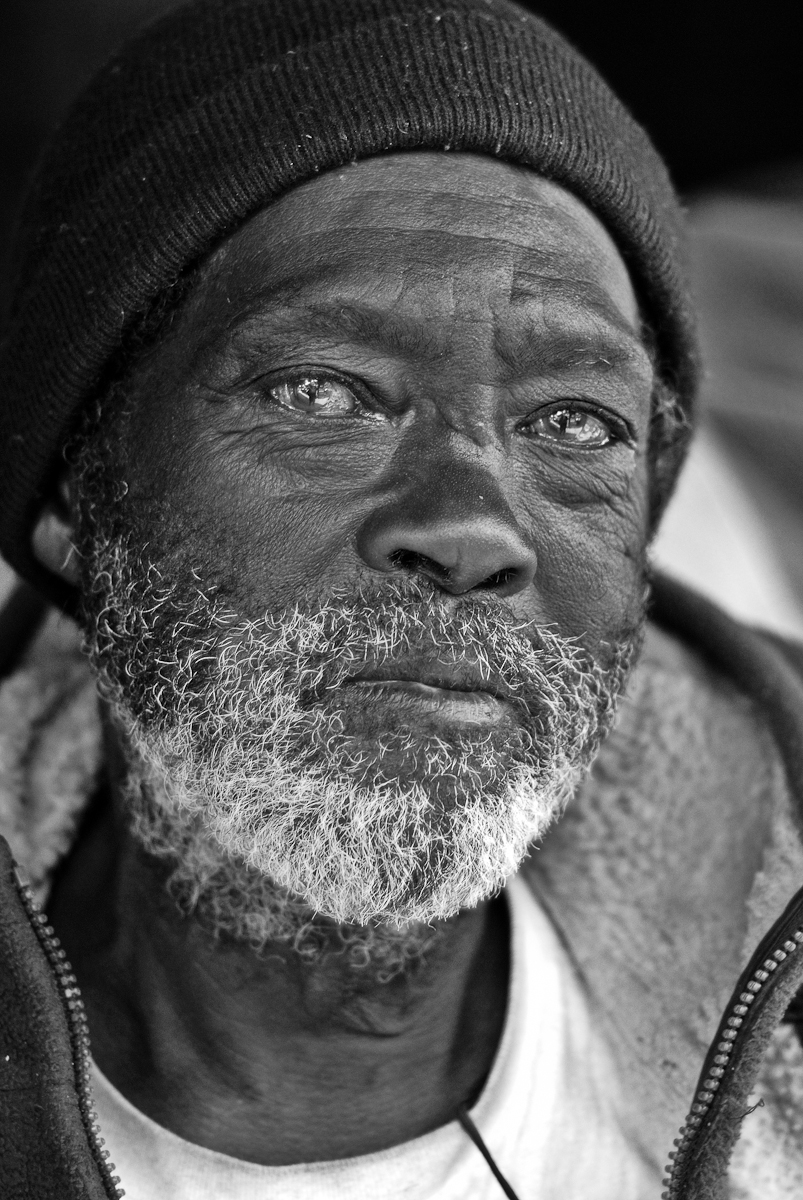 lord take me away

he stands in a doorway in the mission shaded from the sun. been homeless for a while now. name’s walter; from texas. he was living along katrina’s path when it struck. displaced, he returned to san francisco soon after. says he always liked it here.

says he has two daughters with three doctorates between them; one who teaches at columbia; the other at texas southern.

he was one of the original twelve black panther founding members, he says. i tell him my mother worked with eldridge cleaver at ramparts magazine back in the day. but he says he never liked cleaver: "he wasn't good to his woman."

says men are crooks. all of them… "you and me, we're men; but we know." he smiles with a quick wink.

he says we need to return to where we came from; women need to run the show. "just think", he continues, "who raised you? who took care of you? who managed the household? your mother, that's who. and your grandmother. i never disrespected a woman in my life; and i never will."

"we need a woman president" he insists; "to fix things. no more men. we only fuck it up."

"me" he finishes, "i'm just waiting for god to take me away. i don't like what i see in this place."