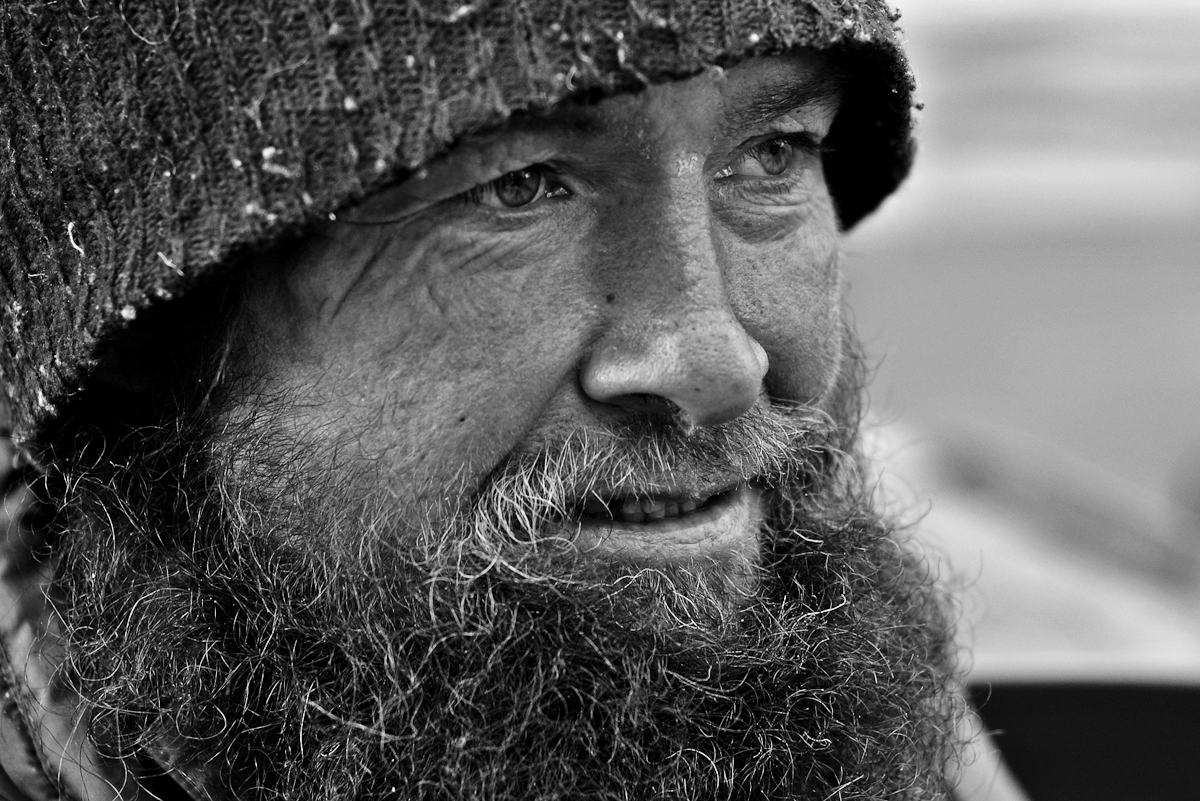 homeless woody from virginia panhandling near civic center. i wanted to get another shot of woody (freight hopper 12/23/05) for two reasons.

first, when he sent the original photo to his daughter, she said "my, dad, you look rough" which was the same thing he said to me when he first looked at the picture. so i wanted to give him something with better lighting.

second, i've been talking to him for the last few months, and i wanted a chance to update his story.

he had been having a crap time in 2006. his friend eddy (friends a driftin' 12/23/05) was thrown in jail in jan and was in pretty bad shape after getting out. then, another friend died in early march and he had to identify the body. then, a million small things.

when i talked to woody at this point, he said he had to leave; to get out of town; everything was going bad.

then in mid march, his mother died. his family brought him back to virginia to see her grave. he has some outstanding issues with the authorities in virginia, so it was all done pretty stealthily. woody did some "bad things" when he was young and spent some time in a max security prison. he's been on the streets in sf for 17 years; he's now 43.

so it turns out, his mother left him $30,000 in her will. they told him when they brought him back. so he told them to give him $400 and give the rest to his daughter who's 21 and pregnant... and about to graduate college.

"she's not a fuckup like me and her mom" he tells me proudly.

pushed on why he didn't take the money, "if i would have taken that money, i'd be dead in 6 months."

the baby is due around the time of woody's birthday (may 28).