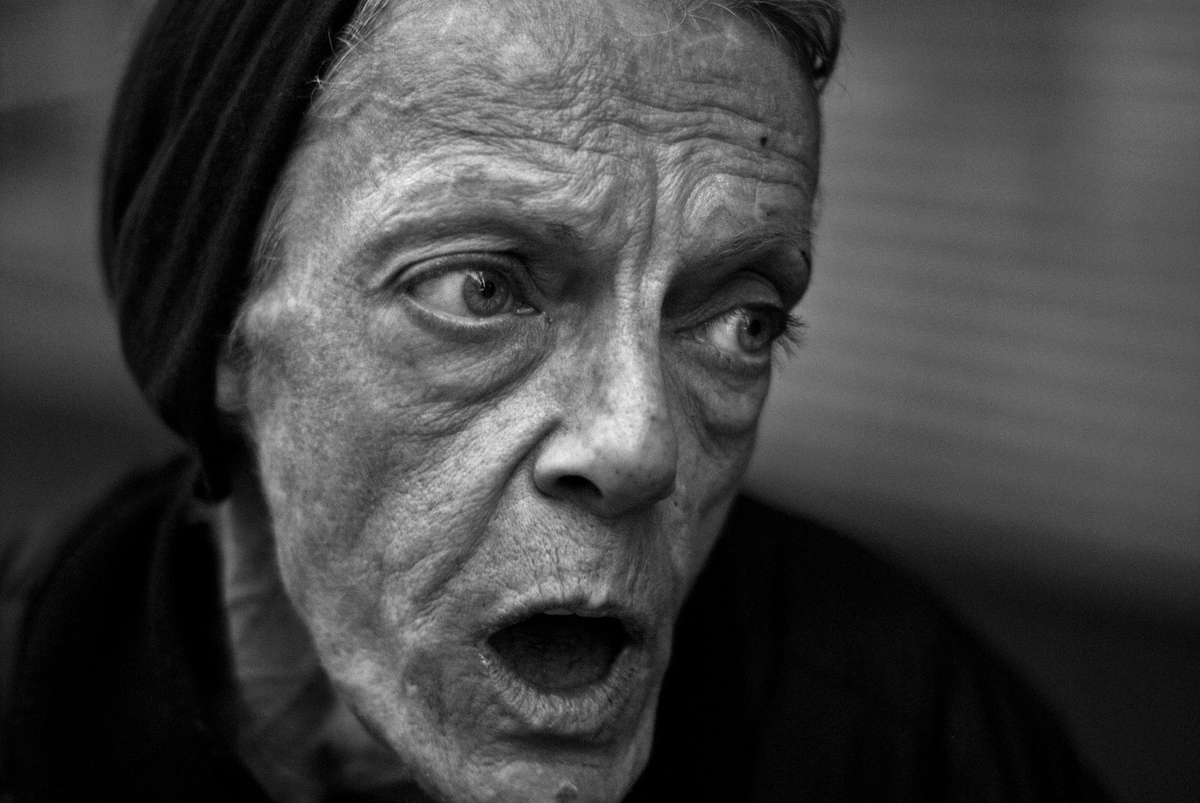 homeless rebecca from detroit. rebecca doesn't fit. as though she's not where she's supposed to be. i see her as i pass. she is almost ghostly. she sways and bends like the only tree on a hill; unprotected. she seems resigned to a losing battle.

she is panhandling as i pass. or she is praying or mourning. but she is not seen. i turn the corner and watch her for a moment. she grimaces her mouth as though swallowing some new resignation and moves away from the season's passing throng; in my direction, but floating by. i seem to snap a trance when i say hello.

she's been homeless since 1998. she sleeps sometimes in shelters. but says there's not enough beds for women. the men have many more. she went to the shelter this afternoon to put her name in for a bed this evening. there's a lottery, and she didn't get one.

says she has no family and no children. she's the only one. but she has one girlfriend who got a place from the city finally after years. says she's trying to stay there with her friend tonight, if she can make up the guest fee. she's about a third of the way. it's been cold and she clearly doesn't want to be on the street tonight.

she was an accountant not so long back. she had a good job. she worked for kgo. but in '98, they were downsizing her group and she was let go. she thought she'd get another job easy. but she never did. they all wanted someone younger. and now she's 54, and says it's too late for her.