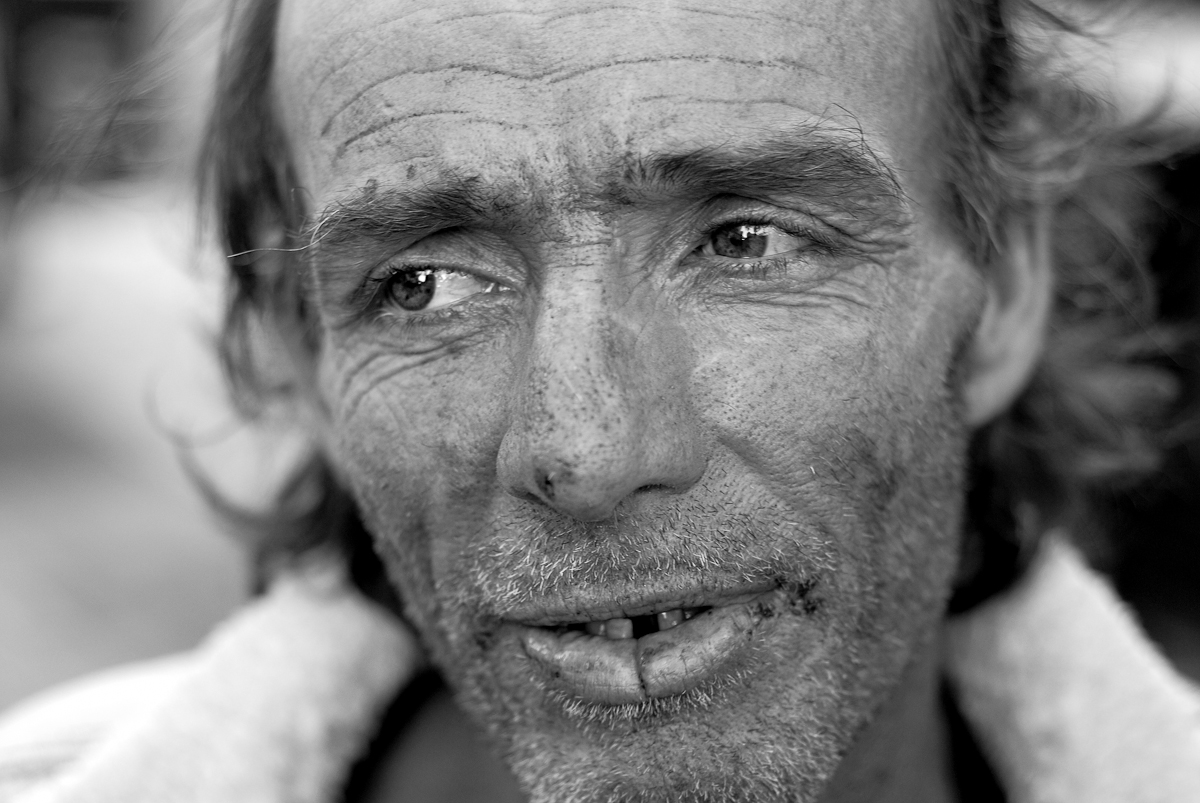 david swaying toward and against a lamppost downtown, cap in hand. smokes a cigarette. occasionally he lifts the cap and panhandles. blood is smattered and smudged about his face. glances mostly elsewhere then straight at you. says "i been thinking of my grandmother a lot lately. she's not well."

says she lives out in the woods in dominion. that's where he's from. asks, "you like old growth trees? that's what we got there." says he's thinking he should go see her.

says "gotta go now", shakes my hand, and heads off. his hand is surprisingly soft. calling after him, i ask if i can make a donation. he comes back. "yes. thanks." then, again, he's off.