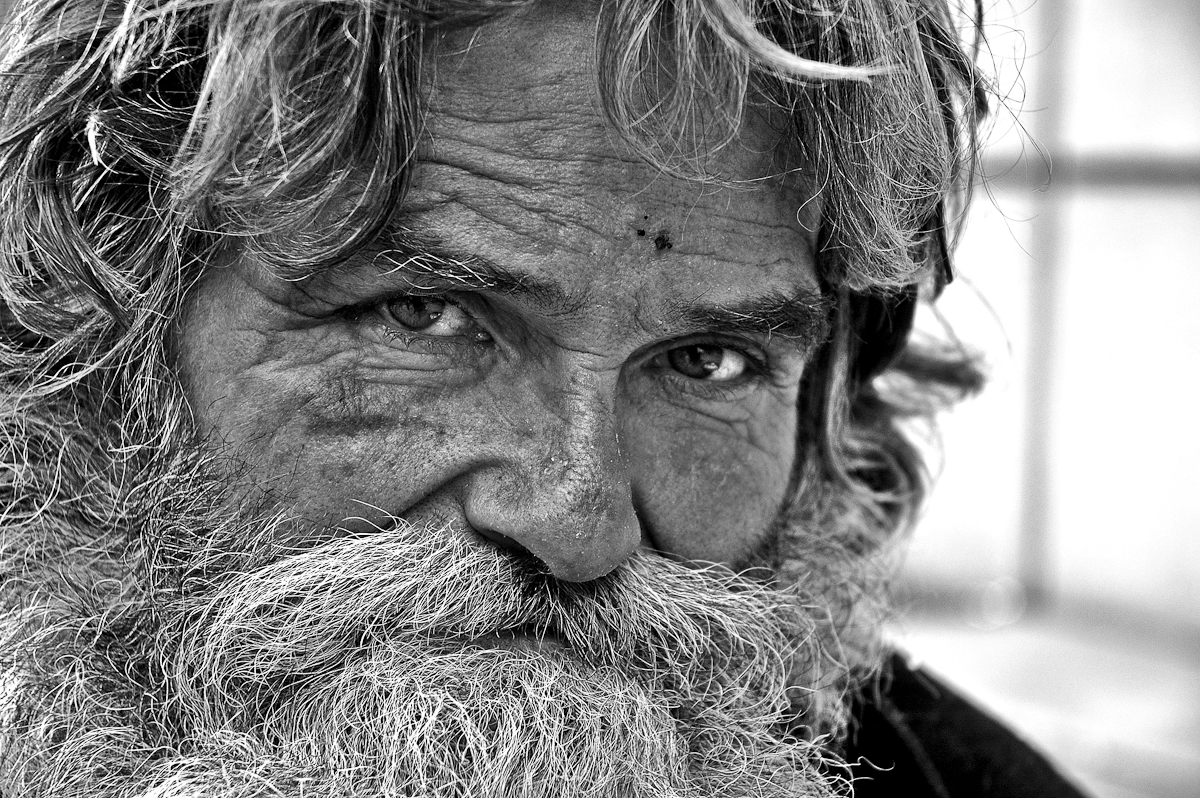 homeless rick from chicago sitting on the sidewalk near the civic center by the warmth of a steam grate.

rick said he was recently assaulted by a "black guy" who beat him over the head with a cane; "i guess he didn't like white guys". in addition to his black eye and raw facial cuts, rick showed me large welts under his hair on the side of his head.