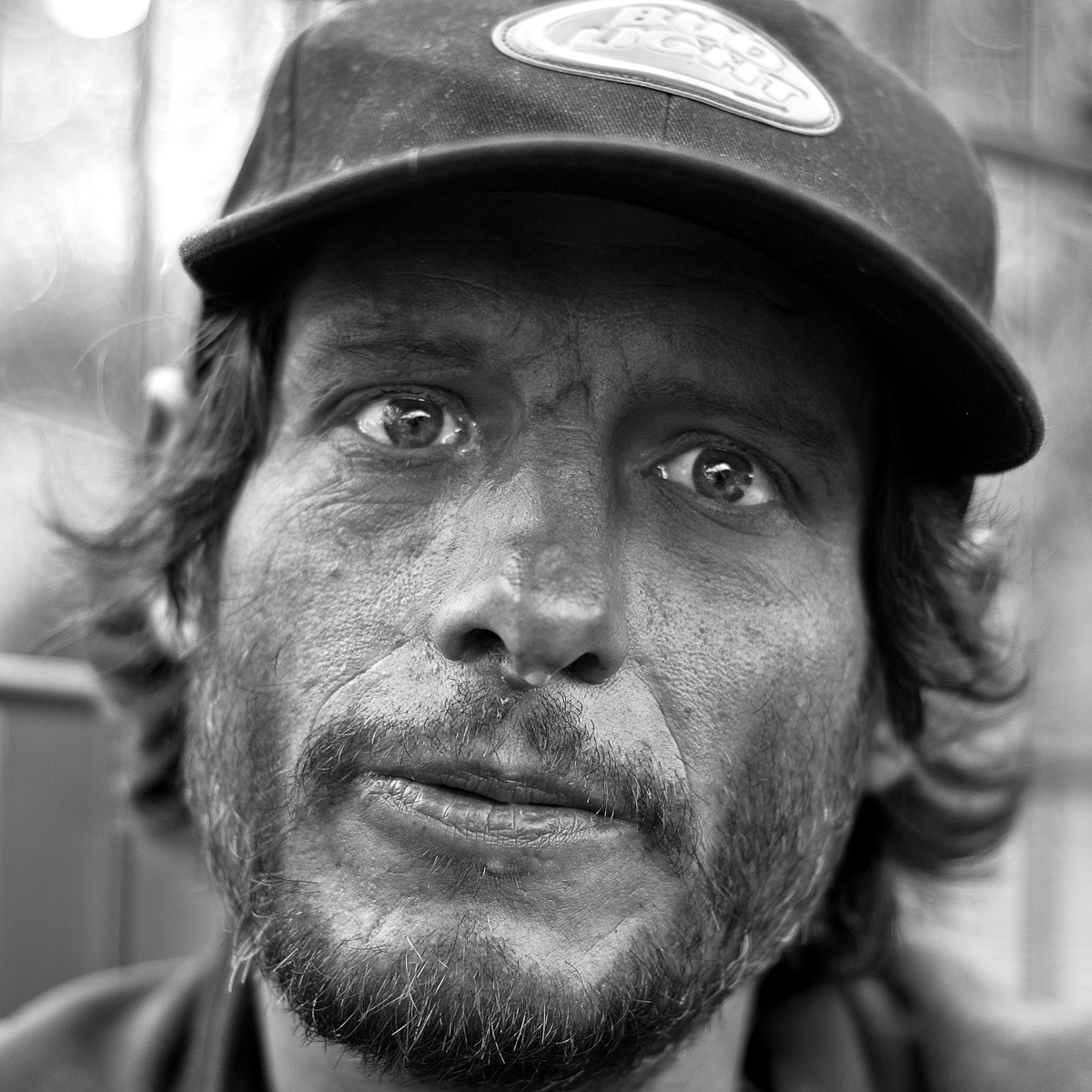 
HOMELESS MAN WHOSE LIFE DETOURED WITH A CRASH THAT NEARLY KILLED HIM, SAN FRANCISCO, JUNE 2006

homeless john is from the bay area. john studied to be a mechanic of some sort at a trade school in arizona in the 80s. on january 13, 1987 at 8:46pm, he hit a horse in the middle of the road going 55. there were no survivors. but the paramedics brought him back.

his fingers and palms are twisted in a manner cruel to someone who sought to earn a living with his hands. his face bones are largely broken. his tear ducts discharge through his right eye what should come out his nose.

he got by though and managed to live in a small studio (with city assistance) and do small jobs through st. vincents. on one job, he was seeking to break up a fight when one of the guys pulled a knife and lunged to stab him. he was wearing several coats and suffered only cuts to his clothing. but he was enraged and severely beat the man; sending him to the hospital. st. vincents dropped him.

in 2004, a neighbor accused him of trying to stab him. he lost his housing.

now he “camps out” and does small jobs after hours for some local nightclubs.